Are you a REAL writer? 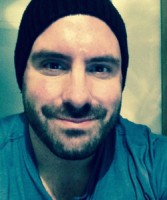 More about Are you a REAL writer? on UBR

I was lurking through a writer’s group the other night on Facebook. I know, it’s not the best of ideas. Writer’s Groups are kind of like a post-midnight kebab- they seem like a great idea, but there’s always a chance they’ll leave you with a bad taste in your mouth. This particular lurking session was definitely a case of the latter.

“Why do so called REAL writers keep making these mistakes?” Wrote one poster, an confessed editor. Cue the comment pile-on of the self-satisfied Knights of Grammar, espousing their discipline as the one true path. And look-it the coincidence, accomplished grammarians every one!

Bravo, you warriors of pedantry. Bravo.

Next up a poster maligning “What’s the point of poetry? When does a REAL writer ever use it?” Cue the howling outrage, the beating of chests, the throwing of souls from jagged cliffs into stormy seas. Ah, those poet types. They know how to argue back.

I’ve made my feelings on writing snobs pretty clear in past articles, so I don’t want to get too heavily into that here. Never mind that a writer with a great idea beats a writer who never accidentally writes “could of” instead of “could’ve” every single time. Never mind that the purplish prose you turn your nose up at is setting a heart on fire somewhere right now, as we speak. What I want to talk to you about is this REAL writer business.

What makes a REAL writer? A lot of people seem to think they know the answer, but is it even a question that can be answered? Or should be?

Case in point, the other day I applied for a position within my day job, and for the third time in my life I found myself listing my writing experience on my résumé as actual work experience (which still feels weird). After all, I get paid to write stuff. Not enough to go full time, but I get paid to write. I work with editors. I work to briefs. I promote things on behalf of vendors. All of these things are pertinent to my day job, where I provide and maintain web content for an electronics firm. It’s actual work experience. Does that make me a REAL writer?

Nah. At least, I wouldn't say so. Sure, trying to write compelling content about a passive resistor or an industrial connector is a lot more challenging to me than writing about deadly weapons for fashion conscious ladies, but that’s not what I personally think a REAL writer does.

I’d never introduce myself as a writer on the basis of how well I sell a sensor box, because to me REAL writers are a more esoteric, artistic creature. They’re famous because of their art, not their craft. I’d love to write a book that puts another zero on my annual income, but I’d be just as satisfied writing something truly great, something I could slap down on the desk of St. Peter as I flip him the bird and march through the pearly gates.

But that’s just my interpretation, and I wouldn't be at all surprised if you disagreed with it. Take a look again at the posts I paraphrased earlier (and trust me they were real posts.) Do either of those guys look like they’re concerned about artistry? About my highly subjective idea of “Greatness”? Probably not. And the truth is, there’s definitely a writer out there who does nothing but pen technical manuals for defunct VCR models who has more craft and skill than most of us could dream of. Are they a REAL Writer? What about the guy who writes Pokemon cards? Or scientific papers?

There are certain expectations you can make of anyone on the word-slinger's path, perhaps. The truth is they'll need all the practical stuff; the technical knowledge, the education, the know how and experience. They'll also need the esoteric stuff, the starry eyed worldliness, born of life lived and lives read, their own personal poetry that’s going to make their ideas worth reading. But does an abundance of one or the other finally make them a REAL writer?

Here is a dog chasing its tale. The fact is that even the best of us can’t turn around and say whether the editor trumps the novelist, the columnist trumps the journalist, or the copywriter trumps the playwright. It’s like trying to say which instrument in the orchestra is “the best”. The only certainty I’m sure of is that if some other writer tries to tell you what a REAL writer is, the best thing you can do is ignore them. There's more than enough vanity in you game as it is (says the man who deigns to write a monthly column.)

I’m not going to sit here and tell you that anyone can call themselves a writer if they just believe they are. That crap is really not very helpful. A better piece of advice would be; what kind of writer do you want to be? What need are you filling? What content are you providing? What reader are you satisfying? After all, your ultimate judge is your reader, and nobody’s out there asking what makes a REAL reader.

Of course not. That’d be ridiculous.

And speaking purely from a novelists point of view, don't forget that the internet is the most earth shaking thing to happen to books since the printing press. Change has never come so quickly or so massively. Yes, you'll have to examine yourself and take on board criticism if you want to get ahead, but any of your peers telling you they know the secret to bottling lightning should be regarded with amusement at best, suspicion at worst. They're planting a flag in shifting sands, and what's right today may not be right tomorrow. Hone your craft, take the on board what you need, but as soon as someone starts telling you what where the bar is for what it takes, start pinching that salt liberally.