Ask Me About My Genre Agenda 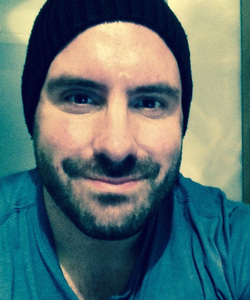 More about Ask Me About My Genre Agenda on UBR

That rather dismissive quote was from Margaret Atwood, best selling author of A Handmaid’s Tale, a story about a dystopian future which won both an Arthur C. Clark and a Prometheus award. Yes, there is an irony there, and yes, it's too obvious and depressing to voice.

I first became aware of this quote through a Galactic Brain article, just one of many voices lamenting the sad fact that some writers, talented and educated writers who should really know better, were frightened of the stigma of science fiction. So frightened that, like Margaret Atwood, they went out of their way not to be labeled as such.

Us genre freaks can’t win, it seems. Take a look at any sales chart and you’ll see that non-genre or ‘literary fiction’ leaves its genre peers fathoms below. Sure there’s a mast of romance towering up with predictable suggestiveness, and Crime Fiction/Thriller in particular seems to enjoy an inexplicable shield that protects it from the contamination of its stupider elements (of which there are legion). But Science Fiction, Fantasy and Horror, let's call them the Geek Genres, enjoy no such benefit of the doubt. They're the poor cousins of the literary world, judged entirely by the standards of their lesser instalments. And isn't that interesting, when you think about it?

Take a look around. The greatest prime time television is all zombies, dragons, super heroes and robot cowboys. You can call it crap if you like, but geek genre has never been more powerful. And it’s all thanks to the geeks. Those fan boys we like to lambast as basement dwelling misogynist virgins with no life. It's on upon the shoulders of these unpleasant, obnoxious Comic Book Guys that the entire globe of pop culture rests.

Those geeks, who pretty much pioneered the unmapped vistas of the internet. Those geeks who held passion in their hearts for properties sometimes decades older than themselves. Those geeks, through whose dedication and loyalty, stories were kept alive far after conventional classics went out of print.

And yet, and yet, they spit on us still, those high falutin types. Those snobs who snatch only the best of what we love, and call us sad for having loved it. Those trend watchers who invented the YA genre so they wouldn’t have to admit they liked kid’s books. Those phonies who’ll shun the time traveller, but gush over The Time Traveller’s Wife.

It’s all very transparent and pretentious and the fan boy, the true fan boy, sees right through it. Because, and this is the truth of fandom— while the dabblers and band wagon jumpers slurp at genres like gleeful, sparkling vampires, the true geeks understand something that many of us don’t; they understand art. They understand what is timeless. They understand what is worthy. And they will keep a flame alive for far after your flavour of the week best selling award winner has disappeared up its own asshole. You can mock their passion all you want, but the fruits of their passion is what's filling up most of your Netflix schedule and your Amazon basket.

So, I’ll challenge you Literary Fiction (if that is your real name). Point me to your greatest whit, and we’ll see how she stands against a throw away page of Douglas Adams. Point me to your deepest tragedy, and we’ll see how it waltzes with Mary Shelly. Show me what you call poetry, and I’ll show you through to Mervyn Peake, deep within his castle.

And you know this, you must know this, because nobody is that stupid. You must know that the genres frequently churn out world changing genius. But you're still so afraid of those squids and rockets and the unabashed gauche of fan love. That's why the brilliant Iain Banks had to publish under a pseudonym to write some of the smartest science fiction out there; you know, just in case the norms accidentally got their eyes dirty. Or why Terry Pratchett, a man who so pertinently and touchingly wrote about death that the Grim Reaper became his most beloved protagonist, actually had to stare death in the face before he got any column inches. Or, further still, poor old Franz Kafka, who had to kick the bucket entirely before anybody gave a damn. (And don’t you dare try to tell me Kafka’s not a science fiction writer, you jerk.)

Yes there is tat within the genres, I’m not denying that. There’s work out there that is formulaic and dull and uninspired. Quick and joyless cash grabs. Panderers and penny dreadfuls. But even these black stones hold a reflection of greater triumphs. Of titans so massive and unique that they warp the world of culture around them. Not through literary awards, or the brittle chatterings of tastemakers, but through the hearts and minds of their readers. As is only right.

So stand tall genre writers, dig deep into your bag of spaceships, monsters and magic swords, recognising all the while that these are merely the tools of a specialist craftsman. Keep telling your truth, shaded and painted as it is with wonderful lies. And maybe, one day, the skinny folk who profess to define literary fiction will knock upon your door, with big, sincere smiles, and tell you that they, after much discussion, have decided to elevate you to their ranks. And I would hope, my friend, that at that time, you will tell them to go and screw themselves.