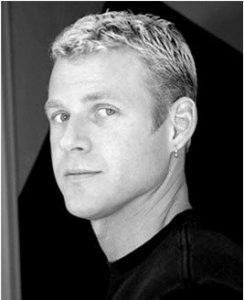 More about Author Spotlight: D. B. Patterson on UBR

If you had a writing motto what would it be?
Finish every story you start, no matter how awful it is.

Where do you draw your inspiration?
Myths and legends from around the world. That is the only subtext that matters. Begin from the collective unconscious and ANY story can transcend genre.

What is one interesting fact about you?
I'm 45 and just became a dad for the first time after a successful vasectomy reversal. Either that or I'm the 1995 First Runner Up National Karaoke Champion.

Have you learned anything from the self publishing process and would you do anything differently next time?
Release the book after a few months of preorder promos.

What has been your most successful marketing strategy?
Letting my wife run the campaigns. She's an eCommerce Marketing Manager for a Fortune 500 company, so...

What is the best kept secret you have found in regard to indie publishing?
You are able to write more stories in your own authentic voice sooner rather than later. Look, you are on your own and it's a friggin slog. But you are beholden to nobody but yourself. You write for an audience of one, you and you alone. If you have decent artistic taste and confidence, then you'll do well enough to succeed in the indie space.