Can Fiction Teach Us Empathy? 10 Books that Changed Us for the Better 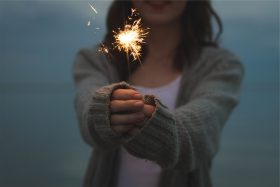 More about Can Fiction Teach Us Empathy? 10 Books that Changed Us for the Better on UBR

This February, I’m thinking less about love and more about empathy. Fiction lets me escape my own life for a while, learning about worlds that are different from the one I live in. Recent articles in the Washington Post and USA Today have indicated that folks who read a lot are more empathetic towards others. Julianne Chiaet writes in The Scientific American that "Fictional characters disrupt reader expectations, undermining prejudices and stereotypes. They support and teach us values about social behavior, such as the importance of understanding those who are different from ourselves."

Without a doubt, reading has made me more compassionate. Growing up in a small southern town, I had the sense that most people were pretty much like me—until I went to college. The more I traveled, the more diverse people I met. But along the way, I was reading about people who were very different from me in every way. Fictional characters changed the way I thought about the world—and the people with whom I share it. Those characters taught me that everyone is capable of tragedy and grace; good people make bad decisions; redemption is always possible; situations are rarely as simple as they seem on the surface.

Now more than ever, it seems vital to work toward understanding each other. So this month I asked a few writer friends to tell me about books with protagonists who taught them what it was like to truly walk in someone else’s shoes—someone very different from themselves.

1."No-No Boy" by John Okada.  Recommended by Allen Gee, author of My Chinese America, Professor at Georgia College and State University, and Editor for 2040 Books (on Facebook and Twitter.)

Allen: For me, this book helped to define what it was like to be Japanese-American during this unique time, during World War II, when Japanese were just being released from internment camps.  I admire the novel because it chronicles the frustration and tragedies of those who served in the army or refused to serve, and I think it has parallels to what is occurring now, in terms of how people are being treated with the advent of any kind of immigration ban.

2. A Thousand Splendid Suns by Khaled Hosseini. Recommended by Julie C. Gardner, author of Letters for Scarlet and Guest List.

Julie: I’ve loved all of Hosseini's novels, but this one resonates with me most deeply. When I finished reading (and finally stopped crying), my first thought was that this book should be required reading for the western world. At the time I'd had little exposure to life in Afghanistan and was deeply moved by the humanity of the story. In particular, I found the complex relationship between Mariam and Laila to be moving. Their friendship took my breath away, and left me humbled, grateful, introspective. Hosseini's themes are universal—sacrifice, redemption, forgiveness, love—but he renders them so specifically in his Afghani characters. Everything about their daily lives appears different from mine, yet I feel an immediate emotional connection. Transcendent, devastating, and beautiful, Hosseini's work mines psychological common ground from diverse experience.

3. Lolita by Vladimir Nabokov. Recommended by Katie Rose Guest Pryal, author of the Hollywood Lights series and writer for Vitae and the Huffington Post.

Katie: The main character and narrator of Lolita is a criminal, serial pedophile named Humbert Humbert. He’s an irredeemable source of evil. And yet—the genius of Nabokov’s book (and I’m hardly the first person to point this out) is that, as a reader, you find yourself empathizing with him, with his deep-seated desperation. Martin Amis once said about Lolita and Humbert, “In common with its narrator, [Lolita] is both irresistible and unforgivable.”

4. Flowers for Algernon by Daniel Keyes. Recommended by Dharma Kelleher, author of Iron Goddess and Snitch.

Dharma: The protagonist of this classic, yet tragic, story is Charlie Gordon, a man who was mentally disabled. While I am not mentally disabled myself, I instantly fell in love with this character. He is compassionate and eager to better himself despite his disability. By the time I finished the novel, I was sobbing uncontrollably over his impending fate. Never before had I connected so deeply with a fictional character.

Robin: Americanah is an eye-opening story of Nigerian immigrant, Ifemelu. We dive deeply through her many levels of loss as she struggles with ambivalence, racism, depression, and culture shock. Her homesickness is, at times, palpable. Financial hurdles are not surprising but the depth of Ifemelu’s loneliness, longing, and disorientation brought me to a deeper understanding of the immigrant experience. Although my own grandfather was an immigrant, he never shared his story. Americanah provides a window into Nigerian culture and the depth of loss people experience when they give up their homes, and in some ways, their origins, to build new lives in this country.

6. Little Bee by Chris Cleave. Recommended by Tina Ann Forker, author of Nashville by Heart, The Real Thing, and the award-winning Waking Up Joy.

Tina: Cleave really took me out of my comfort zone and threw me right into a 16-year-old Nigerian orphan's life. This is one of those stories where you don't want to reveal too much of the plot, but the teenager calls herself Little Bee and what she has lived through, who she is, and what she does is so far from my own life that I was moved to tears to think that yes, this could really happen. These kinds of things do happen to some people and I am lucky to be a middle-class woman living in the United States. It really made me think of what life is for people like Little Bee who exist all over this world. They are orphans, refugees, prisoners of war, and there is a long list of people like her. It is easy to wake up on my plush mattress, have a hot breakfast, and go to work without much risk of racism or attack. Not that it does not happen, of course, but in some parts of the world, and in my own country, this is a common fear that the majority of us do not have to live with, and well, I am in that majority. I think about that when I watch the news, when I decide what charities to give to, and when I look in the mirror. Little Bee is one of those characters that has never left me.

7. The Feel of Silence by Bonnie Poitras Tucker. Recommended by Mary Fan, author of Artificial Absolutes.

Mary: Born profoundly deaf in 1939, Bonnie Poitras Tucker overcame huge hurdles to become a prominent lawyer... after spending decades as a housewife. Reading her memoir really brought to life how challenging it can be to navigate a hearing world as a deaf person. I'd never before realized just how much I, as a hearing person, took for granted. Full of personal anecdotes and simmering with emotion, this book was an enlightening experience that gave me a whole new appreciation for both the progress that's been made over the last century toward accommodating deaf individuals and how much is left to do. Poitras Tucker does advocate some controversial views regarding American Sign Language (she's a skilled lip reader who passed for hearing for years), but her perspective is valuable. Her book also showed me what the world looks like to a deaf person... How so many things that seem obvious to the hearing seem completely different to someone who can't remember ever having heard a sound.

8. Hunger Makes me a Modern Girl by Carrie Brownstein. Recommended by A.B. Chesler, author of A Man and His Books.

Amy: I have always been a fan of the arts, most especially literature and music, and as the quintessential book lover I've found many authors whose work I identify with. Alternatively, despite my passion for melody, I've never been able to find a connection with my rock idols in this same way because of my introverted tendencies and lack of musical knowledge. This memoir is a coming-of-age story that sheds light on the music industry and live performance from the perspective of a young, lost soul. Her poignant and powerful words allow for the audience/performer barrier to be not-so-gently knocked down. Brownstein's beautifully deep recollections draw parallels between fan and idol, music maker and listener, that I could never have imagined existed. This book has truly opened my eyes to the grit and introspection that is required to achieve your dreams, no matter the industry you've chosen.

9. The Kite Runner by Khaled Hosseini. Recommended by Charlene Ross, author of Frosted Cowboy, Love on the Rocks, and Tequila Slammer.

Charlene: Amir, a Sunni Muslim in Afghanistan raised by two men in the 1960’s-1970’s, could not be more different than me — a protestant raised by a single mother in the San Fernando Valley during roughly the same time period. I read The Kite Runner when it came out in 2003 and got a glimpse into a vilified culture I knew virtually nothing about.  Amir grows up feeling that he doesn’t meet his father’s expectations of what a son should be and desperately seeks his approval. He also struggles with his mixed feelings of love and jealousy toward his loyal playmate, Ali’s son, Hassan, who is smarter and more pure-of-heart than Amir, despite his lower class. These feelings lead to an act of cowardice that then leads to an act of betrayal fueled by guilt. Despite our cultural differences and Amir’s terrible decisions I felt so much compassion, empathy and love for this classically flawed protagonist. Finding empathy for a well-developed character like Amir who is so troubled, conflicted and human is easy when you see that our emotional similarities far outweigh our cultural or circumstantial differences.

10. Born a Crime by Trevor Noah. Recommended by Lauren Faulkenberry, author of Bayou, Whispers from the Past, Bayou My Love, and author of this column.

I expect Trevor Noah to be witty and sharp, but this book was equal parts funny and heart-wrenching. His memoir is about growing up in apartheid South Africa, which is about as different from myself as one can get. He writes about being a teen in segregated cities and schools, and how he felt so isolated—not only because of race, but because of language and economic status. A self-described “chameleon,” he struggled to constantly adapt to the community and people around him, knowing that the wrong choice could often mean not just isolation but peril. Many of his teenage shenanigans sounded like the trouble my own friends got into, although the repercussions for Noah were very different. Ultimately he shows us that while our circumstances can vary wildly, in the end we’re more alike than we often realize.

I’ll leave you with this video from Denmark that’s been circulating recently, called “Three Beautiful Human Minutes” by Asger Leth that illustrates that no matter how different we seem on the surface, it might surprise us how similar we are.