Comedy Writing: Not as Easy as It Looks 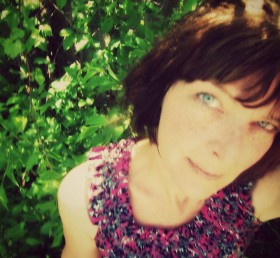 More about Comedy Writing: Not as Easy as It Looks on UBR

“Tragedy is when I cut my finger. Comedy is when you fall into an open sewer and die.” ― Mel Brooks

Oh Mel, you are so wise. For me, comedy writing is about poking fun at the things we tend to take a little too seriously. Love, sex, religion, politics, hate, pain; all of it is fair game in my books. If we can’t laugh at the negative or snicker at the weirdness in our lives, then what’s the point?

My goal isn’t to offend people, although it’s an added bonus sometimes. I do love it when the uptight types get all bent out of shape, but my ultimate goal is to make someone smile. Anyone. Even you over there with the sour pucker on your face. You should laugh more. Laugh lines are sexy. Frown lines are not.

The challenge for me is in determining if what I think is funny will be funny to everyone else.  I guess part of that is knowing why people laugh at one thing and not another. I pondered that for a while, and ended up with another question: Is there a secret to comedy gold?

Katrina Monroe, author of Sacrificial Lamb Cake and Reaper, and master of all things sarcastic and witty, says she relies on characterization and dialogue.

“Throw together a few characters with a reason to not like each other, but not a good reason. Like one guy hates other dudes with two first names and the other dude's name is Greg Ryan. The dialogue will be funny as long as you keep them in character, without having to try too hard. Also, sarcasm. Duh.”

Katrina is right. Most comedy, when it pertains to fiction writing, is situational, and is often found in the dialogue. One-liners, zingers, and the like can give a huge comedic punch, but the characterization is vital to making these lines work. The character’s personality, temperament, and all the quirks you’ve given him combine to create a sort of “window” for the comedy.

Characterization is a whole other article though, best saved for another time. Today, we're focusing on the funny. Here are a few things I’ve learned about writing comedy:

Writing comedy is kind of like shitting. If you have to force it, it’s not ready to be released, and you’ll probably get hemorrhoids. Humor should occur “organically” in a story. If you find yourself staring at your screen, and it's an effort to think up funny lines, situations, etc. or you can't figure out where to insert them into the story, you’re trying way too hard and it’ll show. Get to know your characters a little. Play around with scenes, dialogue, etc. and the funny will find its own way.

If what you’re writing doesn’t make you smile, odds are it won’t make anyone else smile either. When you write something funny, don’t ask if you’ve gone too far or if it’s funny enough. Just look at the scene or line and ask yourself “Why did I laugh at this?” If you can answer that, then you know why your reader might laugh, which brings me to my next “rule.”

When someone laughs at my writing, it’s often because I’ve poked fun at something that’s a little bit offensive or taboo, but those laughs are easy. For the truly great laughs, I try to find a situation we’ve all experienced or have my characters voice something we’ve all thought about at least once. If you form a bond with the reader, in which you connect with him somehow, you can then yank him out of his comfort zone, and that’s where you’ll often get the biggest laughs. We all like to be surprised, don’t we? Well you’re a weirdo, so your opinion doesn’t matter here. Let’s move on.

Sometimes the best humor I’ve produced comes from that place inside my head usually reserved for my closest friends, who already know I'm a child. It’s the part that refuses to grow up and still giggles when she hears “nipples” or “boner.” My point here is that sometimes simple is best. Go back to basics. Be childish and immature. Goofy, even. Don’t be afraid to embarrass yourself or your characters.

What the Christ is she talking about?

I’m talking about rhythm, the most important element of writing comedy, in my opinion. Steve Wetherell, fellow DeadPixel Publications author, and penner of comedic genius such as A Dark Night Begins, offered this gem:

“When we hear spoken comedy we take it for granted that comedy is very rhythmical and delivery dependent. Successfully conveying that rhythm in your writing, whether in prose or dialogue, is half the battle of humour writing.”

And I know that sounds easy enough, but it isn’t. Timing or rhythm, when it pertains to writing, is ridiculously difficult to master. You have to take into account the slow readers, the fast readers, the readers who are comedically challenged, and you have to make it so every one of those “gets” the joke. They don’t all have to laugh, mind you, because let’s face it; they won’t, but they should at least recognize the attempt at humor.

So, listen to some stand-up comedy. Watch comedy films. Read funny authors, such as Christopher Moore (a personal favorite), Tina Fey (she’s brilliant, by the way), Douglas Adams (obviously) or the authors I’ve quoted in this article. Read their work out loud. Listen for the music behind their comedy and look at how it all seems to flow naturally. This is critical to humor writing. Practice. Practice again. Practice some more. You get the idea.

At the end of the day, though, there’s one thing you have to keep in mind: There is no secret. No magic bullet. A lot of the time, comedy just happens. It's as natural as breathing for some writers, and explaining how it was "done" is like explaining why one prefers the color blue over purple or red or green. Another variable is your reader. What one guy finds funny will be totally different from the next. You just have to take a shot and hope you don’t miss the mark entirely. And some people just aren’t funny. There’s nothing wrong with that… I guess. **winky face**