Gearing up for the 2017 Novel of the Year 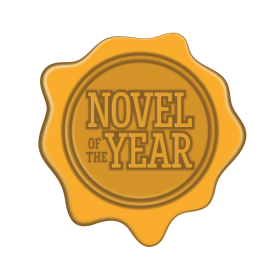 As we enter into the second half of the year, it's time to start thinking about our upcoming 2017 Novel of the Year. So far we have the following books nominated for the honor:


With submissions growing, we want to open our doors to more nominees. Top Picks will continue to be automatically nominated for Novel of the Year. In addition, any book that receives a 5-star review this year, and any 2016 Badge Winners (Pitch Perfect Picks and Popular by Vote badges) can be self-nominated for a fee of $100. The deadline for self-nomination is December 31, 2016.

In March of 2017, we will announce two final Novel of the Year award winners: an Editor's Choice award and a Readers' Choice award. Here is how they will be determined:

Novel of the Year: Editors' Choice - Selected by our editors with the help of a team of judges (listed below). Every nominated book will be read by a minimum of two judges. Each judge will comment on professional presentation, literary voice, plot/theme/pacing, characterization/dialogue, and suspension of disbelief. The books will then be ranked against each other, with high-ranked books going on to be read and ranked by 3-5 judges total. All judges will fill out a voting sheet for each book, which authors will receive anonymously at the end of the voting period. The final Editor's Choice award will be given to the book that stands out the most within its genre.

Novel of the Year: Readers' Choice - Decided by popular vote. Terms for voting on our Reader's Choice award will be announced in our first 2017 issue.

Both winners will receive:
- $100 budget towards professional cover re-design to include our award logo (author's choice of designer)
- Three free months of advertising at the top of our sidebar ($50 value)
- A lifetime of moral support from the Underground Team (yes, we'll announce your next book release!)

All entries will receive:
- A minimum of two anonymous critiques/responses from each judges' voting sheet.
- 1 to 5 personal reviews on Amazon and Goodreads from our judges (rating NOT guaranteed to be positive!)

In order to claim prizes, all we ask is that the author proudly displays our award icon on the front cover of the winning book. Prize money must be spent on Underground Certified services. If the author would like to use a specific publicist, editor or designer which has not yet been listed on Underground Book Reviews, the service provider must first go through our registration and certification process.

Please note: Entry into our Novel of the Year competition DOES NOT guarantee a review in our Magazine!