Great Writer Advice (That You Haven’t Heard Yet) 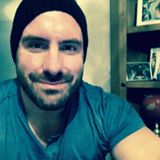 Like a lot of writers, I lurk in forums where writers come together and pretend to exchange information while secretly plotting each other’s downfall. There’s some advice out there that’s so set in stone that you can’t help but stub your toe on it (If you’re ever in a writer’s thread that doesn’t mention Stephen King’s On Writing, then you’ve accidentally stumbled into some kind of FBI sting.)

Hang around in these forums for long enough, and you’ll start to see the same maxims from the same people pop up over and over again. And that’s fine, because it’s likely good advice. However, there’s also a lot of advice out there from people who haven’t surfed the wave of mass popularity, and aren’t household names, and in many ways this advice is more pertinent to you and I, the indie author. After all, there’s a lot of luck that goes into being a megastar, but becoming an artist in your own right is all about you- the work you put in, and the way you educate yourself.

So, knowing this, here’s some great writing advice from writers you may not have heard of, all of whom have some background in self or indie publishing, and it’s advice I think is well worth sharing.

David Wong- Author of John Dies at the End.

"Writers get obsessed with being original or clever or cute in their writing, but simple blunt honesty will blow the readers' mind more than any of that. If you are able to understand and express the blunt, honest truth about yourself and the world, you'll write the most original thing they've ever read. That's how hard honesty is to come by.”

Be honest. Sounds simple, right? But how many times have you compromised your work so it fits the beats of a genre or trend or the expectations of an invisible archetypal reader? I bet most of us have. Martin Amis once described novel writing as “a war against the cliche”, but David Wong puts this advice in less pithy and more practical terms. In being honest, in being truthful, you will create something original.

If you were a nineties teen like me you probably heard a lot about how no one is a special snowflake and we’re all just the crap of the universe (the fact that this was being told to us by the impossibly beautiful Brad Pitt didn’t strike any of us as ironic at the time.) Anyway, it’s bullshit. Your experiences, your views, your varying degrees of crazy that make up a human personalty are unique. And if you truly believe they are not, you have no business writing a book. Express your honesty and you will find your voice. Find your voice, and you will stand out.

"Never let a need for structure get in the way of wonder.”

I’m especially fond of this maxim as it addresses a problem I have with most writer advice- the idea that there is a surgical set of rules everyone must follow. With such a saturation of this advice, it’s no surprise that a saturation of formulaic fiction follows. Wonder above all. However, don’t forget-

“You can break any rule, as long as you know the rule and break it with intent.”

Did I just list two nearly contradictory pieces of advice? Of course! We’re writers, not robots (unless you are a robot, which, less face it, is increasingly likely)! I think these pieces of advice go hand in hand, because going off track only really works if you remember where the road is. Or, as my friend Robert Bevan puts it in his excellent writer advice blog; “Picasso didn't start painting arms and shit on people's faces until well after he had mastered the art of painting normal looking people.”

Robert Brockway- Author of The Unoticeables

“Being a writer means having a tenuous balance between arrogance and self hatred. You have to be cocky enough to believe, apropos of nothing, that what comes out of your brain is worth putting into the brains of others. And yet you have to despise yourself enough to be able to reject the terrible premises, spot your own flaws, and edit that crap into something worth actually putting into your reader’s brain-holes.”

Frankly I’ve never head the writer’s dilemma put better. There is a period of time upon finishing a novel where you feel like a god damned warrior. You wrote a book! By yourself! Suck it, universe! And there’s no question that a huge and healthy dollop of self-belief got you here. If not for a little narcissism you never would have made it this far. But then comes the uncertainty. The doubt. The dread.

Then comes the beta reads, the checking, the research, the editing, the beta reads again, and the endless, endless editing. You needed an ego to get this far, but that ego needs to be balanced to the point of self-flagellation by self-doubt. Some people might call this a personality disorder, others would call it writing a novel.

That’s how you get inspiration to meld with perspiration, and while Brockway may phrase this as a funny anecdote, the truth is that this war of instincts isn’t a side effect of being a writer— it’s a requirement.

"A blank page never stops being terrifying. Write the words. Even if you're blocked. Even if it's bad. You can always try again, but now there's something to build from.”

Anybody who knows Drew Hayes probably knows him as a guy who writes a frankly inconceivable amount of words. He’s often asked about it, and this is his response. And it’s a good one. People sometimes forget to treat writing like a real job. Whether you feel like turning up or not isn’t a factor. You turn up anyway and throw yourself at the grindstone. You can’t be industrious otherwise, and being industrious is an increasingly important virtue for the indie author.

Brendan McGinley- aka The Gentleman Bastard.

I’m a comedy writer for hire. If you want me to make fun of something in a vaguely anarchic way, I’ll write that up for you for beer money. I’m sort of like an old times samurai but with a rubber chicken instead of a sword. Part of why I feel confident in charging real dollars for light hearted sarcasm is because of my time writing under the editorship of Brendan McGinley, a Cracked columnist who was patient enough to help me develop my style, while understanding enough to foster my voice as a writer. There’s not much else you could hope for in an editor.

Brendan gave me tons of practical advice over the years, but it was a comment in a personal email that really stuck with me. I’d professed some nervousness about joining the Authors and Dragons podcast, and he told me:

“I found the secret to most of these things is simply to have as much fun as you can, and you'll look like you know what you're doing or, at the very least, like someone eager to learn.”

Again, it sounds simple. Get in there, have fun. The kind of thing you might say to a little league team seconds before they enter the championship to save the orphanage from the greedy developer, or something. But it speaks volumes. Enthusiasm and passion go hand in hand, and you’d be surprised how much a great attitude can compensate for inexperience. Get involved, give it your all, make friends (or at least colleagues). You’ll impress yourself and you’ll impress other people. And if you don’t? Well, you still had as much fun as you could, and that’s a win in itself.