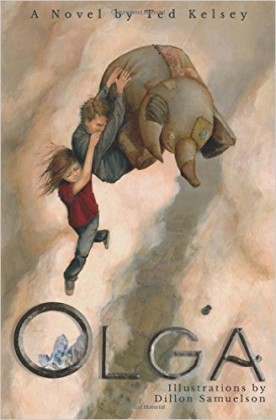 More about OLGA Wins 2016 Novel of the Year on UBR

Over the last year, we received over 1,000 submissions, wrote 52 reviews and selected 11 Top Picks to vie for Novel of the Year. Each of these 11 books were vetted by a moderator, then read by a reviewer and at least two judges before the final decision was made. Selecting the Editor's Choice award was extremely difficult - with excellent books of all genres competing on the same level, it's hard to choose a favorite. Obviously, all 11 novels were well executed, but the final winner goes to a Young Adult novel that is so full of imagination and character that it was impossible to put down.

OLGA by Ted Kelsey is a romp through a magical world that is slightly reminiscent of familiar fairytales, but entirely of its own. Don't miss Ted Kelsey's debut novel...

"When a mysterious figure is seen floating and dancing in the field near their house, Jack and Sally decide to investigate. This decision will lead them to an exciting place far beyond their imagination, the home of OLGA.

Nothing in the clouds is as it appears, and in order to get home safely, Jack and Sally must first learn whom to trust, and find a way to believe in themselves." 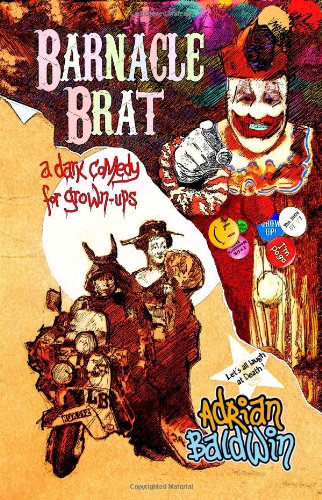 On the other end of the spectrum, the book that wins our Popular Choice award through Facebook voting is a laugh-out-loud dark comedy for adults only, BARNACLE BRAT by Adrian Baldwin:

Losing your grip on reality is a real bummer.

Just ask Leon Blank. Not that he’d know. Seems those losing their marbles are always the last to find out.

Until recently, Leon would have argued that having a tendency to become easily sidetracked on a regular basis wasn’t that odd. And what’s so unusual about hearing a voice inside your head? Doesn’t everyone? Isn’t that just thinking? But his recent visions are not so freely dismissed; especially the angry-looking clown who’s started following him around with a baseball bat.

Time to act, Leon decides: perhaps keeping a log would shed light on the mystery. Then again, could ‘seeing-things’ just be sexual frustration? It’s been a while! If only he had a girlfriend to take his mind off stuff . . .