Once Again, Don’t Be a Dick 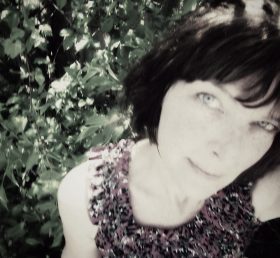 More about Once Again, Don’t Be a Dick on UBR

I’ve tackled the subject of being a dick in this industry before, but recent events make me think perhaps we need to revisit it again.

I want to tell you a little story. I’m not sure of all of the details, because I didn’t see what happened firsthand, but it seems a cover designer, who was respected in publishing before the drama began, was harassed and bullied by multiple authors and artists online (even one person behaving like this is too many, in my opinion). It began, it seems, when she used a stock image another artist used.

Let’s stop here for a minute. It was a stock image, kids. If you think because you buy the rights to use a stock image in your covers on your website, it’s yours and yours alone, you’re wrong. Stock images are cheap, sometimes free, so that the artist can sell the “rights” multiple times. Many of us have the same model or even the same image on our covers, manipulated in various ways to make it our own, because we or a designer we’ve hired, used stock images to make the cover, because it's more affordable than buying something original. It’s not theft.

Anyway, this “wronged” artist called the woman a thief and, I’m told, worse names than that followed in message after message on Facebook (I’m not sure if these messages were also sent via email or other social media, but I don’t think that matters at this point). But that’s not the worst of it. Apparently, more than 80 “professionals” then proceeded to bombard this poor woman with nasty messages and comments, telling her she’d never work in this industry again, they’d make sure of it, that she didn’t deserve to live, and she should just kill herself.

What the fuck, guys?

Well, she did try to kill herself. A relative posted her intended last words on Facebook, as well as what they found on her Facebook account, so that everyone would see the impact our words have on others.

Thankfully, she wasn’t successful in killing herself. If she had been, these bullies would have been guilty of something far worse than being assholes and we’d have lost a caring and vital soul because of the Internet's stupidity.

Bullying should be left where it belongs; with the childish things of the past. It should not be something adults engage in. It definitely shouldn’t be something so-called professionals would even consider being a part of. Mob mentality, some people called it. Most of them probably ganged up on her, because everyone else is doing it. Is that an excuse? Does that sound like something an intelligent, responsible, professional adult should get caught up in? Of course, it doesn’t. I don’t care which stone you threw, whether it’s the first or the second or the hundredth, every stone thrown is as bad as the first one. Worse, in my opinion, because instead of being the better person and defending the woman, you were so weak you just followed the pack, emboldened by the power you felt by kicking someone when they were down.

Even if she had stolen an image, she didn’t deserve this kind of treatment. Follow the proper channels, handle it in a mature and professional manner to ensure it doesn’t happen again. Telling someone to kill themselves over a disagreement is not mature or professional.

Here’s a reality check: Contrary to what we all like to think, we’re not special. We don’t have a gift we're offering the world out of the kindness of our generous hearts. We aren’t “chosen” by some unseen power to bestow the honor of what’s in our heads to an undeserving public. What we do is narcissistic in many ways. We want to share our words, and we do, but it’s not a destiny we have no choice but to fulfill, nor is it a “calling” we can’t ignore. It’s indulgence. Yes, it’s work, but it’s work we choose to do because we enjoy it.

What happened to this woman is ugly and horrible. Personally, I think the authors/artists who ganged up on her should be revealed, so that perhaps they would be “finished” in this industry. I don’t know about you, but I’d rather not be associated with bullies like this and I’d rather avoid anything they've been a part of. They give “indie” a bad name. They give “author” a bad name. Hell, they give humanity a bad name. (Not that humanity had a great reputation to begin with)

Now, let’s play devil’s advocate for a moment. I know some of you are probably thinking maybe it’s a hoax. The victim of said bullying is pretending to have attempted suicide to teach the bullies a lesson. Maybe that’s true. Doesn’t make their actions any less heinous. Doesn’t make them less cowardly or less guilty.

Or maybe you aren’t that cynical, and you believe, as I do, that she did attempt suicide. Perhaps you’re saying to yourself, the victim should’ve had a thicker skin. This industry isn’t for weaklings, after all.

Perhaps she should have.

What am I saying? No one has a thick enough skin for that kind of shit. As none of us has been where she is or walked in her shoes, we can’t know how we’d react. She was systematically, brutally attacked. Yes, it was just words on a screen, but as authors, we know better. We know words can hurt worse than a fist or a knife. We know the lasting, extensive damage they can do. It’s part of why we love them so much.

So, no, she is not to blame here. The so-called adults who piled on and chipped away at her are to blame. I wish they could be held legally accountable. Then, maybe, we’d all think twice before doing such a thing to someone else.

We’re an industry of egomaniacs, most of the time, and we all like to joke about it, but let’s be real here: We’re not special. There are at least a dozen more just like us waiting for us to fail so they can take our place. And they will take our place. Few of us will ever “make it” in publishing. From what I’ve seen, few of us deserve to make it.

If you ever find yourself in a similar situation, perhaps tempted to sling some hateful words at a person because they’ve done something you don’t like, don’t be a dick. Walk away. If you’re a victim of assholes like this, remember, they’re not the people who matter, and they only represent a small fraction of people in the publishing industry. Don’t suffer in silence or turn the other cheek until they find a new target. Out them. Show everyone what they are and they’ll slink back into their dark little miserable corners. Trust me. They’re cowards at heart and cowards don’t like it when the spotlight is turned on them. You’d be surprised how many people are ready to stand up in your defense.

And to anyone who is hurting so terribly that you think leaving this world is the answer: It isn’t. The people who matter want you here. They need you to stick around. Those other idiots will be nothing at the end of the day, and their cruel words aren’t worth your time or energy. I hope you get better. Stronger. I hope you are able to dust yourself off so you can do better than them. And just so you know, you have way more friends pulling for you than dickheads trying to drag you down. Remember that.