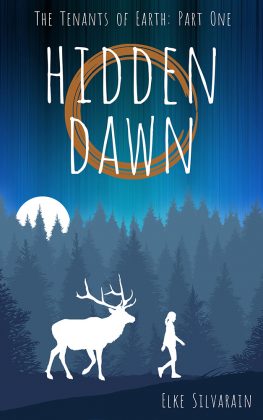 Even from the first sentence of this novel, one could already tell. Sixteen-year-old Sky Madison has been through a lot for a teenage girl her age. When she loses her last living relative in England, she is forced to live with an aunt she hasn’t seen in a decade and move her life, or what is left of it, across the Atlantic. Specifically, in a small town in British Columbia.
But Sky is not just a foreigner in a strange land she is not accustomed to. She is also an alien among her species. Since experiencing a series of devastating losses, Sky had since tuned out the thoughts in her mind and locked away all her emotions and memories. It is the only way she could think of to avoid drowning forever and to keep on putting one foot in front of the other.
But right as the plane landed, she realizes that the mystic charms and the wild landscape of Canada will not be easily swayed by her tight control. Figures in the mist and the land’s rich history will try to knock down the mental fortress Sky has created to protect—and isolate—herself from the world. It comes to a point when the reliability and certainty of logic and rationality couldn’t even help her anymore. Sky discovers a disturbingly unusual ability among three other great mysteries in her life. But the most disturbing of all is when her dead brother begs her to save a life. Afterwards, Sky is dragged into one unexplainable and otherworldly event after another.
Hidden Dawn brings an odd mix of feelings. Sky is initially an unlikable character but her rigid and close-minded personality slowly becomes understandable as the story progresses. There are moments, especially in the first half of the novel, when a chapter or scene could have been shorter; they drag on for more than necessary. However, there is also something refreshing on reading a story where progress for romantic relationships are slow, as romance is not a main genre for this Young Adult novel. The story’s main strength is how the imagery never fails to take presence, from the colorful dancing lights of the Aurora Borealis to the foggy and mysterious atmosphere of the Canadian forests. And it is why the fantasy element of the story, while comes only in several bursts, is the best part of reading this book.

For those of you looking for a YA novel that is a breath of fresh air and does not focus on the romance part, Hidden Dawn is a perfect choice. While the pacing could be too slow on some parts and the main character is not the likable type at first, it makes up greatly for the author’s exquisitely delicate maneuver with character development and the stunning imagery that is constantly present all throughout the novel.