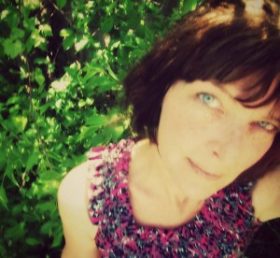 More about Sometimes It’s Okay to Fluff on UBR

Some of you might not be sure what I’m talking about when I say “fluff.” I’ll define it before we move on. Fluff can be one of three things: a type of fan fiction, part of a story which has no plot or purpose, or humorous/feel-good/gratuitous storytelling that serves no purpose other than to entertain.

So, let’s be clear on one thing first; I’m not talking about fluff in terms of fan fiction. I’m not talking about fluffy overwriting (also known as purple prose) or oodles of hearts, flowers and rainbow-shitting unicorns that serve no other purpose but to add a layer of sweetness to a character or plot. When I say fluff, I’m talking about fiction that is pure entertainment. The type of books that don’t always have a particular message or point, other than to make the reader happy. Fluff can be comedy, romance, horror, fantasy, or even crime and sci-fi (oh yes, negative Nancy’s, it can).

During NaNoWriMo, I write stories that are pure fluff. This year my idea was fluff. The characters were fluff. I had one goal as I worked and that was to entertain. Nothing else. Part of that entertainment was nonsensical fluffy dialogue that was designed to make the reader giggle and characters that were so ridiculous, they couldn’t possibly exist in real life. And it ended up being one of my favorite stories.

But this can’t be a good thing, right? We’re told to eliminate fluff from our writing. Get rid of the extra shit. Don’t build up the prose with unnecessary fluffy nonsense, because there’s no purpose to it. No message.

That’s good advice. Fluffy bits meant only to add to your word count are a sin. Only lazy writers use that stuff. However, fluff, as in a piece of writing that serves no other purpose than to entertain or amuse, isn’t a bad thing. Sometimes the world needs fluff, and there’s nothing wrong with writing something that doesn’t have a greater message. It doesn’t have to make the reader feel some deep, inspiring emotion. It doesn’t have to make us think or re-evaluate our life choices. It doesn’t have to give us epiphanies or make us thankful for anything. Sometimes, we need to turn off the brain and just enjoy the ride. The messages find their way through if they need to.

I guess my point is, stop taking yourself and your work so seriously now and then. I want you to write something because you want to at least once in your career. Entertain yourself. Stop worrying about writing something that will cause the reader to question his entire life just once. Focus instead on developing original, engaging and believable characters, and those all-important messages will find their way in there anyway. And if they don’t, who cares? Stop listening to the book snobs and learn that sometimes fluff has literary merit. At the very least, it has value for the reader.

If reading is always about bettering yourself or finding a deeper meaning, then everyone would be reading deep, insightful memoirs or self-help books. Reading fiction is about entertainment and/or finding a place outside our lives where we can just be happy. And fluff pieces make us happy. Sometimes life is shitty enough. We don’t need to open a book and drag ourselves further down into someone else’s drama. Sometimes, life is such an asshole, we need a book that allows us to forget life for a while. Enter the fluff.

Don’t get me wrong. I know we all want to pen that book that changes people’s lives. Good for us. Such books are rarely forgotten. However, don’t discount fluff novels. Those little bastards are far from easy to write. Because you have to avoid getting into plot lines that might be too depressing or serious, a fluff piece relies heavily on characterization and dialogue; two things that many authors NEVER master.

But before you start writing, let’s talk about the good fluff and the bad fluff.

Pointless characters: Never add a character that doesn’t have a purpose. It can be to add color, to enhance the setting, or to serve as a contrast to your main character. A character designed only to fill in a scene is pointless. If he doesn’t drive the story or help to develop another character in some way, he needs to go.

Clichés (unintentional): When you insert a cliché phrase or character on purpose, it’s okay. These can add humor or help build a character. However, if you’re using clichés without a reason, then get rid of them. They’re only going to annoy your reader.

Background material: By this I mean backstory or secondary plots and characters that not only enhance the main plot, but serve as color or humor in your story. This kind of fluff can actually increase tension and pacing, and add depth to the story. Make sure your background material is necessary to the main story, though, and that it isn’t there to add to your word count, or you’re treading over the line into bad fluff.

Dialogue (as in banter): Oh the lines and lines of dialogue I’ve written that isn’t always needed, but definitely added a layer or two to my characters. Now, the key to using fluffy dialogue is to never use too much. Just a line or two, maybe three, but that’s it. These lines don’t have to have anything to do with the story. They may just be an aside, or a joke, or a phrase or two that reveal something about one of your main characters. The point is not to use these bits an pieces to add to your word count, though. So don’t just write a scene where nothing happens but a bit of chatter. Make sure the scene has a purpose and the dialogue either reveals something new or takes us somewhere important.

Ridiculous plots: Absurdist fiction tends to use ridiculous plots and scenarios as a way of entertaining the reader. Some call this fluff. Worthless drivel lacking in literary merit. Sure. They’re totally gratuitous, but also, awesome. For example, in Sex, Peanuts, Fangs and Fur, I added a secondary character named Travis. His death scene could have been simple, but I felt like a ridiculous sub-plot would add to the story and color his character enough to make him memorable (because I had big plans for Travis in later books). So, thanks to a suggestion from a friend, the reader meets Travis as he’s hanging himself from his rafters while masturbating, and then he died (no spoilers here). It’s ridiculous. It’s a little offensive, but according to my readers, it’s also one of the most memorable scenes in the whole book. When our main characters find Travis, the setup leads to hilarity. Win-win. And all of it is fluff.

Over-the-top reactions: Sometimes an over-the-top reaction reveals much about a character and it can turn your plot in a new direction with minimal effort. Use these sparingly, of course, but now and then, let your drama queen take over. Have your characters react in a way that crosses the line. Then reel them back in a little. This is good fluff. It can increase tension or pacing, add color, or it can reveal something about your characters without lines and lines of backstory.

As I said, any genre can have fluff. Horror, fantasy, romance (the obvious for some of you), humor, science fiction; I’m talking any genre. Writing something to make the reader feel happy, aroused, scared, or amused and nothing more isn’t bad. And it’s not easy, as I mentioned. Too often, writers turn fluff pieces into shitty books. Remember the rules. Write well and plot carefully. As you do so, treat fluff stories as dessert. You want it to be a little sweet, not too heavy, preferably with a surprise bonus treat inside.

Avoid going too fluffy by making sure that everything you write in your fluffy story contributes to the plot.

And don’t forget to have fun.