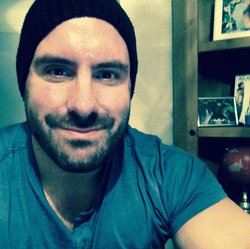 I’m going to come right out and say it: I am not writing this from a yacht made of creme eggs. These words are not being transcribed by Bruce Campbell, my personal secretary and ‘dude buddy’. I am not, currently, struggling to breath under the weight of the masses of gold chains piled around my neck. In short, I have not ‘made it’ as an author.

But success is out there, for those that have enough moxie to seek it. I know because I’ve seen people take it, and not just nebulous super star authors who have the luxury of penning their own autobiography in an effort to convince you they were once ordinary people and not, in fact, developed in a lab. Real life indie authors. Successful ones. They’re out there, and they’re successful. Okay, maybe not creme egg boat successful, but they’re successful. So what have these jerk holes got that we don’t?

Another ridiculous article did the rounds on the indie scene t’other week, and rightly got the backs up of many a fine thinking folk. It was titled ‘Dear Writer: Stop Releasing So Many Novels!’ I’m not going to link it. Actually, I barely read it. Because, unless the writer was trying to be ironic, that title contradicts everything I know about indie writers who do well for themselves. That is they tend to release at least a few books or supplementary works a year. At least.

This isn’t unique to indie authors, of course. It’s not uncommon for the big names to keep their hand in the game, even if they don’t need the money or exposure. The internet is a voracious beast, and you, the content provider, are only one of many delicious hamburgers struggling for its attention. If you don’t keep ringing the dinner bell then your audience will go elsewhere.

For those of you who sniff from atop their vermillion love seat that quantity does not equal quality; stop. Just stop. We can all pretend we believe in the magical tree-folk writers who only write when the moon is full and the magic is high in order to get their pretty prose just so, but it’s a myth. We know it. A good writer writes. He is publishing or he is damned.

A writer has to be tough. She has to be able to take criticism, helpful or not. She has to take rejection, often callous and indifferent. Worse still, she’ll have to weather the storm of unbearable silence. To step out onto the darkened stage, dance ’til she drops, and stand to realise the theatre was empty all along.

She has to realise that, as deep as the soul routed panic of creative frustration is for her, other non-writing folk will listen to her woes with all the empathy they’d reserve for a cat complaining that it has only had time to shit in one of their slippers this morning.

A writer has to be tough, and most of all she has to be tough on herself. When it comes to giving up- and she will want to give up- that resilience is what will save her.

“Who does this clown lord think he is?” Is something a bystander may well think aloud when you walk by with your arm full of writing apparel wearing a t-shirt that says “I am indeed a writer." The fact is, though, you’re going to need a bit of chutzpah when it comes to presenting yourself. I’m always hesitant to introduce myself as a writer, and almost cartoonishly bashful if anyone refers to me as such. That’s no good. The correct response to any casual enquiry about who you are or what you do is to say; “Hell yes, I’m a writer, would you like to hear about my books? Here is a web address where you can find out more about my books. After this funeral has finished, you should download them all. Did you know the deceased? Did she like my books?”

There’s an old maxim that when you’re your own boss, you're never off duty. If you're a self-published writer, this is doubly true. So don't be backward about being forward- be brazen about what you do and who you are. You may come off as a little insufferable to some people, but if here’s the thing about people who like books— they like books.

Speaking of resilience, you’ll need that when it comes to keeping a close eye on yourself. As an indie writer, you’re under a lot of pressure to present your self-published book as well as you possibly can. It may surprise you, but us unmanaged types have a reputation of being a little sloppy. I heartily present myself as exhibit A in this instance.

It’s easy to let your guard down after you’ve put in so much work writing what you hope is a great story. You maybe make a generic cover that will do in a pinch, you maybe let a couple of formatting issues slide, you save a little money by hiring your mom as your editor. Don’t do this. Be fastidious, even with the little things. Especially with the little things. Think of it as bonus points. They may not win the game, but those little bonus points all contribute to the reader experience, and a satisfied reader should always be at the core of your decision making. Having a neatly presented text might with a professional layout may not be the sexiest part of the writing process, but it's essential. You have to treat it with the same careful passion you handled the rest of your writing.

If you don’t have an idea, chances are you’ll never make it as a writer. Vision, above technical skill, above natural aptitude, is what a story teller needs. Good ideas, or at the least workable ideas, are the foundation of any writing career, and getting by without them is impossible.

I present this entry as a direct Ying to the above’s Yang. You can have all the great ideas in the world, but if you lack the means to present them they’re as useless as a kitten in a hurricane. And for those of you who think ‘talent’ is a rather nebulous term, just think of it as Aptitude + Passion x Practice.

Yes, this is the one nobody talks about, but all true writer’s know that there is only so many readers to go around. So all writers at some point find themselves facing off in a rainy alleyway, where they will duel to the death and steal the other’s readership. Yes, like Highlander. Not Highlander 2 or 3, though