4 Ways a Road Map Can Propel Your Novel Forward 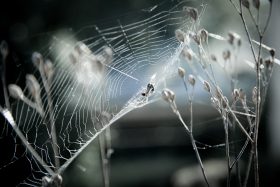 As a writer, I’m torn. I enjoy the discovery that happens while writing, as many of us do. I delight in letting characters develop organically, based on decisions they make and conflicts they create. Part of the joy of writing for me is having surprises happen along the way.

But sometimes that’s the hardest way to write.

Sometimes that means staring at the page, waiting for ideas to collide in my brain, the way atoms collide during fission. Sometimes the waiting is a fun part of the process: I drink coffee, re-watch episodes of Lost, draw goofy animal drawings in between writing scenes. Some days that’s okay.

Some days though, I really need to make progress, burn through some pages, and feel like I’m making headway and getting closer to the end.

My solution? Make a map. It’s a kind of outline, but don’t worry—this is not a boring outline that details every action in the book, leaving no room for surprises along the way. Here’s the way it works for me:

a. Indy learns his mentor is missing and the Nazis are searching for him.

b. Indy realizes the Nazis are looking for the Ark.

d. Indy and Marion go to Cairo to find another friend of Indy’s and stop the Nazis.

h. Indy finds the real location of the ark.

i. The Nazis find Indy and the ark.

Each of these events are pivotal points in the story: they are potential crossroads moments where the protagonist has to make a decision, creating more conflicts to be resolved later.

2. Remember my previous post about crafting plot? Part of what you’re doing with an outline is creating a map of chain reactions. You’re mapping decisions at these pivot points to create action and develop scenes.

Take (c) for example. Indy travels to Nepal, looking for his mentor Abner. Instead, he finds Marion, Abner’s daughter, in her tavern. She tells Indy that Abner is dead; she won’t give him the artifact he’s looking for. Nazi thugs come into the tavern, pick a fight, and the tavern catches fire. Marion then insists on going with Indy in search of the ark because of this debt he now owes her.

Indy’s making decisions here. He makes the decision to look for Abner. Then he tries to buy the artifact from Marion. Then he gets in a brawl with the thugs. Then he agrees to take Marion with him. Each move that happens in that scene escalates the action and the tension. It moves the story forward. One decision/action leads to the next.

3. Flesh out the scene based on the decisions being made. Here’s where the discovery happens for me. If this were me writing Raiders (and oh boy, I wish I had), I might have planned everything above, but when I was writing, I’d decide that Indy and Marion have a history: a romance that ended badly. That’s why she doesn’t want to sell him the artifact he wants from her. But maybe she still has feelings for him, which is why she insists on going with him when the tavern burns down. Now she’s going with Indy for two different reasons, and that leads to complexity and tension down the road—especially if those two desires are in opposition to each other.

4. Use the outline to sketch out character bios. Jot down some major strengths and flaws of each one. Write down what each character wants, what each one fears. This will be useful later, when you’re fleshing out scenes and connecting dots between those events you created. What makes a novel strong on an emotional and psychological level is to have believable motivations for your characters (and to create conflicting motivations). To have believable motivations, you need to know what everyone fears and desires. This is how you keep your protagonist in hot water, and keep up momentum in your story. Ruthanne Reid has a helpful post about some ways to keep your hero on her toes.

I didn’t map much out for my first novel, Bayou My Love. Writing it was hard and slow-going because I had a general trajectory, but not actual plans for scenes. I wasn’t thinking in terms of chain reactions. When I wrote the sequel, Bayou, Whispers from the Past, I mapped it out. I used Scrivener (which I can’t rave about enough) and did each of the four things above. Creating a road map for my novel meant that I could calculate pacing as I filled in the gaps. It was easier to write one scene that led into the next because I had direction. I could sit down on any given day, look at my map, and see the next point in the story I was writing toward.

The best part of all this? My writer’s block dissolved. I was problem-solving, which was fun, and I was able to keep my hero in trouble because I was constantly thinking of each action leading to another problem. No blocks meant I was less tense, and less tension meant I could loosen up, have more fun as I wrote those scenes and filled in the gaps. The logical part of my brain was appeased, so it relaxed and my creative part could take the reins and allow those moments of surprise and delight to come onto the page.