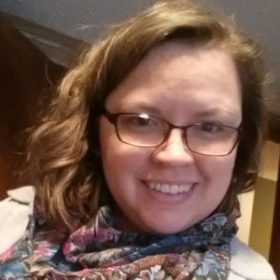 More about Author Spotlight: J. Lynn Else on UBR

If you had a writing motto what would it be?
“Every writer is a frustrated actor who recites his lines in the hidden auditorium of his skull.”
― Rod Serling

I relate to this on a couple levels. First, I graduated college as a theater major (yep, my head has always been in the clouds!). Second, when I read a book that has a character whose lines are just delightfully scrumptious, I love to read them out loud like I’m acting on stage. I let my heart and voice share the experience along with my head. I hope when people read my books, they’ll feel the same way - being moved enough by the characters that they want to embody the story in mind and voice and heart. As writers, we do it, but I also do it as a reader!

Where do you draw your inspiration?
My first book was inspired by an ancient Egypt traveling exhibit I attended. I wanted to know more about King Tut’s wife, so I researched a lot. Since there is little known about her life and what happened to her after King Tut’s death, I decided to write about her and explore what her life could have been like. At that time, I had only written children’s books (currently unpublished), so a full-sized novel was a tall order.

While writing, I kept thinking about the VeggieTales episode about perseverance, and it motivated me to keep going. It helps that that episode, “Sumo of the Opera,” totally cracks me up anyway. When writing was finally completed, I discovered I had written a larger-than-the-typical-novel novel!

For book 2, I explored earlier in the reign of Akhenaten and Nefertiti and the troubles they experienced establishing monotheism through the eyes of their eldest daughter. It’s such a fascinating time in Egyptian history, and I love looking through the eyes of strong females in antiquity. Women in history are my main inspiration!

What is one interesting fact about you?
I used to help run a Star Trek TNG/DS9-themed writing club when I was in high school. My “crew” (because I was the Captain, of course) and I would create characters and write stories about our ship’s adventures. I’d also send out a monthly newsletter by snail mail (we’re talking mid-1990s) to all my shipmates with writing prompts, character profiles, and other Star Trek-related news. So while I write historical fiction now, I used to write a lot of science fiction! I miss this club and wish clubs of this nature were still around.

Have you learned anything from the self publishing process and would you do anything differently next time?

I published “Aten’s Last Queen” through Bookbaby, and I don’t think I realized how much advertising they did for my book. When I wanted to update my book last year with a section that previewed book 2 along with a few professional edits, I broke away from Bookbaby after learning how much it would cost to re-upload my book content. But since our breakup, my sales have gone way down. So having a company like Bookbaby in your corner certainly helps get the word out about your new releases. For my second book, I’m doing an exclusive Createspace publication and have some KDP-select sale dates planned (which I’ll be sure to share once they start).

What has been your most successful marketing strategy?
Get professional reviews. When “Aten’s Last Queen” was reviewed by the Historical Novel Society, this gave the book extra exposure I would not otherwise have gotten. Plus, having my book appear on their website with like-minded historical fiction readers was an added bonus.

It’s kinda scary to put your book out there for a reviewer to publicly say ‘yay’ or ‘nay’ to, but truthfully, all exposure is good for the self-published!

What is the best kept secret you have found in regard to indie publishing?
As an indie author, I have control over when my book is published and how the cover design looks. I’m very picky about covers, so I did some research on cover design companies since I was using Createspace for book 2. I discovered Shutterstock and purchased a couple stock photos from their site. Through their website you can edit the purchased images and then download your creations (you can even do this edit-and-download process a couple times!). It’s a great tool and very inexpensive. My cover was a combination of two images I purchased and then combined and added text to, and it’s so pretty! I’m like a proud momma about my cover!