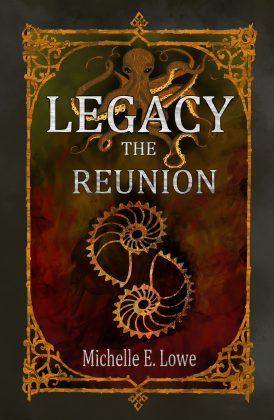 If you had a writing motto what would it be?
A storyteller who doesn't write is a crime against humanity.

Where do you draw your inspiration?
Life, in general, offers an abundance of inspiration. I find it in both current and past events. I find it in our history and in life's fine details such as works of art and in music. Inspiration comes from everywhere and can also be found hidden like change under the couch cushion. It just there.

What is one interesting fact about you?
I dunno. I'm pretty boring. My life is dull, but I'm never bored because I'm constantly working on my writing. Even in the most tedious moments of editing, time simply zips by me. I suppose what's interesting about me is that I'm able to actually write stories. Stories that readers have stated they've liked a lot. That, in itself, is pretty neat, right?

Have you learned anything from the self publishing process and would you do anything differently next time?
I first self-published in 2011 and have had one of my books, Atlantic Pyramid, picked up by a publisher only to have it fall through, to which I re-published it independently. What I've come away with dealing with publishers is that I much rather go solo and do it all on my own rather than do all the work anyway and have more than half my royalties taken. What I would do differently is be more active in the pre-publishing advertising bit. It's so hard getting noticed as a writer nowadays. Simply splashing a new release on Twitter and Facebook just doesn't cut it. Writers have to be more creative.

What has been your most successful marketing strategy?
My latest novel is a Steampunk/fantasy and I've been lucky enough to attend events such as Gaslight Steampunk Expo, Gaslight Gathering, WonderCon and soon the Wild Wild West Steam Fest in Santa Ana. I find going to these events to sign books not only puts money in my pocket, but I can meet the readers face-to-face, which is a real treat for me. Plus I gain loads of great connections, which comes in handy for any business.

What is the best kept secret you have found in regard to indie publishing?
That it's not for the faint of hearts. What I mean by that is, you have to put in a lot of work. And I mean A LOT of work. Depending on the type of person you are, writing a book is cake compared to marketing. It seems romantic and rebellious to go independently rather than go the traditional publishing route. Taking the law into your own hands regarding pricing your own book and how you wanna advertise. But writing the book, revising it yourself, finding beta readers, paying for editing, and then having someone else proofread it before publishing, it's a daunting task because you ARE doing it on your own. For me, though, it's well worth it. :)