How to Kick-start Your Next Novel 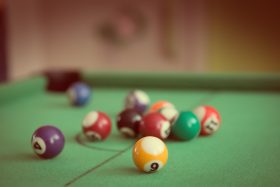 More about How to Kick-start Your Next Novel on UBR

True confessions time: Most of the time, the first chapter is the hardest for me to write. By far. We’ve all been there: you have this great idea for a book, and then you sit down to start it and your fingers freeze, and your brain is going in a dozen directions, and the next thing you know, you’ve blown a fuse and it’s been an hour, and you’ve deleted the first line forty times, and you’ve typed three words. Not even a whole sentence.

Sometimes this happens because I’ve got an idea of what needs to happen in the story, but I psych myself out trying not to write a “warm-up”—you know, that whole chapter you write to get into the groove where nothing really happens and you describe what a place looks like, or what a person looks like and you have to delete the whole thing in your rewrite because NOTHING IS HAPPENING.

I love Anne Lamott, but I hate wasting that time on the chapter that I know I’ll delete later. I need  a little more efficiency in my life right now. I need to have momentum, and I’ve learned two tactics that help me create momentum and keep it going through a draft to the end.

1. If you’re having trouble starting (and feel like you’re in boring expository land), start in the middle of the action. Pick a scene that you know your protagonist must endure, and start writing her into trouble. (This is not a ground-breaking idea, for sure. It’s one I heard a long time ago as an exercise in writing, but one that I clearly forgot about for a while. So this is me remembering it and reminding you.)

I’m always willing to be the guinea pig, so I tried it last week, stumped over how to start my next novel. I answered a call to be part of an anthology that asked for “rom-com novellas involving dogs.” This intrigued me because (1) it was a chance to join forces with some other writers and (2) write a comedy and (3) I like a challenge. The deadline is fast approaching, and I didn’t have any work-in-progress that fit the editor’s needs. To get out of my writerly funk I needed a kick in the pants and some motivation to get past page one of my next book.

Sometimes when I get stuck, I need some parameters and a deadline. My brain just needs the pressure, I guess. So I joined this group, thinking that the eight-week deadline would be enough to force me to start my next Bayou story. I had an idea of what I wanted my protagonist to do, and had a trajectory for her (more on that later), but didn’t know where this story needed to start.

And that not knowing was crippling me.

So I started mid-scene. Chaos in the kitchen. With a dog. My protagonist wants something and the dog stops her from getting it. (Remember that thing Kurt Vonnegut said, about how “Every character wants something, even if it’s just a glass of water”?) Our job as a writer is to stop our protagonist from getting what she wants. Repeatedly. So I started the scene, stopped her from getting what she wanted, and ramped up the action. The next time I looked, I had 1200 words. Curse broken. Now she’s on the path to comedic romance and the story is moving along nicely.

2. Create a trajectory for your character based on her decisions and their consequences. I’ve become one of those people who writes out a basic story map. I don’t plan every single thing that will happen in my book, but I do plan a series of events that are set into motion based on my protagonist’s choices. My writing partner and I were talking about this one day, discussing how we needed our heroines to make decisions and deal with the outcomes. Instead of having things happen to them, we needed to make our heroines make decisions that set other events in motion. In short, they needed to cause things to happen. After all, that’s what reveals depth of character and creates plot.

It’s like billiard balls on a table. When one ball is struck with the cue, it strikes another ball and sets off another event, another collision. To be an active engaging character, your protagonist needs to do the same. Her actions need to create consequences that she must then deal with (and then the cycle repeats, and you raise the stakes). Often times, this difference between active and passive action is the difference between a mediocre story and a compelling one. A compelling character needs to act and choose, rather than simply react to what befalls her. (If you need a homework assignment, look at a protagonist from one of your favorite novels: are things just happening to this person, or is that character causing events to happen? The most compelling stories have active characters steering their own lives. The drama unfolds as they make good decisions and god-awful ones.)

Sometimes I know exactly where I need to start a story—but more often I don’t. And lately, I find myself stalling when I don’t have a clear idea of an event I’m writing toward. Thinking in terms of my character’s decisions and the fallout from her actions has helped me gather the momentum I need to get deep into the story, where the magic really starts to happen and the heart of the story is revealed. And as a bonus, the reason your characters make their decisions will often lead you to the crux of your story, making it resonate deeper with your readers.