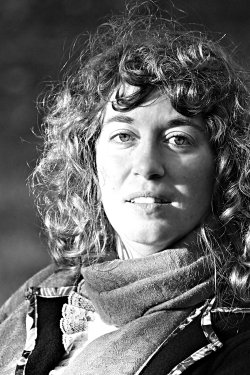 More about Interview with Sara Rich on UBR

CANDI: What inspired you to take Stanza on this dark journey?

SARA: In conjunction with my graduate research, I'd been reading some historical literature related to witchcraft, some of which made its way into the epigraphs at the beginning of the book. So the ideas had been "brewing" for several months, but it was when my husband had a nasty bicycle accident and ended up in the hospital that the story came together for me. We were living in Belgium at the time, and had his accident been anything like Pierre's in the book, I would have had to leave the country and return to my family home in rural Kansas. Of course, what Stanza found there and what I would have, are two completely different things -- fiction and reality may overlap in places, but they depart from each other just as often.

CANDI: Tell us about your background that enabled you to write a novel filled with such fascinating information about mythology, religion and witchcraft.

​​SARA: This may sound contradictory, but religion has played an important role in my personal development, and although I'm not at all religious now, this background of piety has been a driving force for much of my graduate research on ancient religions of the Old World. (That might be something that Stanza and I have in common!) There is quite a bit of scholarly discussion surrounding these​ three categories of mythology, religion, and witchcraft.​ The distinctions between them just aren't as clear-cut as we often think, and those areas of overlap are, to me, absolutely fascinating and somewhat terrifying.
CANDI: Stanza is a scholar and a very rational woman, and yet her life takes a turn into the supernatural. How did you manage to keep her and the story both grounded and mystical?

SARA: After Pierre's death, Stanza starts to seriously question that rationality and supernatural phenomena must be estranged from each other, and when she meets the like-minded Theo, her "weirder" inclinations seem more validated. At one point, after the tornado, Stanza's father comments on why people attribute natural disasters to God's hand, and while the townsfolk certainly do, neither Stanza nor her father agrees with this rationale. So I think because the speculative and the scholarly are so interwoven, and the supernatural is usually grounded in historical precedent, that the mystical is allowed to become more realistic.

CANDI: How did you come up with the culture of the locals in Stanza’s hometown? Is it based on a real community or is it fictionalized?

SARA: The layout of the town of Providence is similar to the town where I went to school, but the culture is, thankfully, very much fictionalized! That being said, the theme of voyeurism is something common to real and fictional small towns, where anonymity is hard to come by. Stereotypical though it may sound, everybody knows everybody (and how they're related), and strangers aren't always made as welcome as they should be.

CANDI: The setting is beautifully written. Tell us about your writing process and how you set your scenes so vividly without overwriting them.

SARA: Thank you, Candi! Observation and memory are probably the most important devices, and of course, these are closely linked. I wrote the first draft in the fall, and Belgium has glorious autumn weather. Even so, I'd been living there for a few years, and the memories of home ​tend to grow stronger in the month or so preceding the holidays. Channeling those memories of the farm and the land where I grew up, even the unpleasant ones, was a powerful method of developing the setting. In many ways, it was like watching a film in my mind, and writing everything I saw (and smelled, heard, touched, and tasted). I used to write a lot of poetry, so that habit of brevity likely helped to keep me from overwriting the scenes and scenery, which sometimes edge toward experimental.

CANDI: Tell us about your writing career and how you came to publish Ligatures.

SARA: This little book has been through the ringer! I've just recently written a blog post on Goodreads about the (mis)adventures in publishing I've had with Ligatures. At the end of it, I share a few tips for authors looking for a small press to represent their novel, so I hope this will be of help to someone! https://www.goodreads.com/author_blog_posts/9330072-the-small-press-the-self-publisher-lessons-learned-from-ligatures

SARA: ​There is another novel in the works, which is more experimental but just as much a dark, paranormal adventure asLigatures​. Titled I Left out the Rest, it's written in three parts, each from first-person POV of a different character. I've also been asked to write a short story for an upcoming anthology from Egaeus Press, and there are short stories coming out in Cadences and Cyclopean too. I have an academic book set to release next year from Archaeopress, but it's probably one that only Stanza and a few of her colleagues would read!