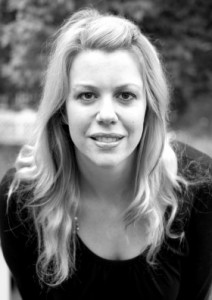 More about Launch Your Writing Career Like James Bond on UBR

Have you ever seen Dr. No, the very first James Bond movie? It’s a good movie, as the old Sean Connery Bond flicks go. But what is most remarkable about the movie, to me, is this. From the moment the movie begins, James Bond is James Bond in the most James Bond way possible, even though audiences had never seen James Bond before, ever.

After the opening sequence in which a British operative in Jamaica is assassinated, the film cuts to London, to an exclusive gaming club called Le Circle Les Ambassadeurs. (It still exists). A man enters the club. At the door, the maitre d’ stops him and asks if he is a member. The man pulls out his card and hands it over, saying he is looking for James Bond.

If you were watching this movie upon its release in 1962, this would be the first time in cinematic history you would have ever heard that name.

The film cuts to a beautiful woman in a red evening gown playing a card game called “chemin-de-fer” (a version of baccarat), and she is losing against the player dealing the cards. When she calls for more chips from the bank, the voice of the unseen dealer finally speaks to her.

And then, for the first time, we see the face of James Bond (played by Sean Connery). And we hear the low, thrumming guitar score that, for the past 54 years, we’ve come to associate with the appearance of the super spy.

I mean, ugh. He’s so Bond in Dr. No it’s nearly unbearable. Because he says his name in such a way, in such a tux, in such a place that he expects you, his audience, to know who he is.

He magically appears fully formed, like Athena springing from the head of Zeus. At least at the beginning of the Bond franchise, there was no birth of Bond, no origin story. (The origin story comes much later, in the hands of Daniel Craig.)

So, at this point you are likely asking: What does Dr. No have to do with your writing career?

I coach new writers a lot. They are often transitioning from other careers. They are often cautious, and they don't know how to begin. Often they ask about launching their web presence. In that arena, they're super cautious.

I advise: No. Don't be cautious. Be audacious. Launch your writing career like James Bond.

I get asked questions like this: I don’t have a lot of clips or publications—what would I put on a website? Or this: How do I write my Twitter profile, when I’m basically a nobody?

You need to take a page from James Bond in Dr. No.

You are, right now, starting today, a public figure. You are, starting today, a writer. You need to simply decide that writing is what you are, it is why you are, and then make sure that every public document you put out there reflects that decision.

How do you make this happen?

First, you’d be surprised how much writing you’ve actually done. If you are a person who loves writing, you probably have written more than you think. What “counts” as writing is bigger in scope than you think. What kinds of writing have you done for work? Grants? Proposals? Analyses? Those count. Put a bullet point about your experience with grant writing or professional writing. Check out this earlier column about thinking about how writing is bigger than just publishing a novel.

Second, when you create your author website, take into account all of the things that you are. Don’t limit yourself to just one narrow band of interest. I wrote an entire column on how to do this. You will have plenty to put on your website. But the most important thing is to launch your website as though it were a website that had always been there, professional in appearance, representing you, the professional. Bond, James Bond. Dot com.

Being professional means you will fork over the $20 a year for the real URL that is your name. Mine is katieroseguestpryal.com. See how easy that is? Go get yours. Don't "wait and see" with a B.S. blogspot or wordpress free site. Get the real web address.

The same goes for your Twitter Profile, and your Facebook writer (or author) page. Yes, you need those, too, and they need to be pro.

You are going to burst onto the public scene like Athena. You will not apologize. You will not be “beta” or “just figuring this thing out.” Like James Bond, you will be a pro from the get-go. Or, at least you will fake like you are until you are.

What’s the difference, in the end.