The Myth of the Crazy Writer 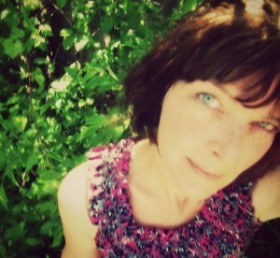 More about The Myth of the Crazy Writer on UBR

There’s a myth about writers that irritates me sometimes. It doesn’t offend me, because I don’t usually get offended at much. It just kind of… irks me. The implication, made by other writers primarily, that creative minds are predisposed to mental instability is irritating, and it’s insulting to those actually suffering from mental illness.

Writers are not crazy. Crazy is not a requirement for success in this industry. In fact, I imagine it’d be a hindrance, but that’s just me. Crazy isn’t even a medical term, because it’s more of an idea, and definitely not a condition. Writers are not mentally ill. Well, some of us may be, but most of us are not. Being mentally ill doesn’t automatically mean you’re a gifted writer. Being mentally ill also doesn’t mean you’re crazy. This paragraph has gone off the rails. Let's move on.

So just stop pretending you’re cool and let’s be real. Embrace the facts, not the fantasy.

Fact: Mental illness can be defined as a behavioral or mental pattern or patterns that causes suffering or the inability to function in daily life. Writing doesn’t do this. We can function just fine, if we choose to. Writing is a choice. Mental illness is not.

Writers are weird. Yes. Definitely. Mentally unstable? Meh. I don’t think so. I think the constant rejection and frustration that characterizes this industry requires a high level of mental health. It’s depressing. It can create anxiety and the isolation required to write can lead to feelings of depression. You need a strong mental foundation to deal with this shit without breaking into pieces or curling up on the floor and quitting. Sure, we want to do that a lot, but we don’t. That tells me we’re pretty healthy in the brain area. These feelings don’t mean you’re crazy and they have nothing to do with your creativity or lack of it. Basically, writing will not cause you to go “crazy.” And as I already said, crazy is kind of an offensive term, particularly for those that already suffer (and yes, a person actually afflicted by mental illness suffers, they don’t “enjoy” it) from a mood disorder or mental illness.

Of course, this is all my opinion. I wanted facts, so I searched and searched the Internet, but I couldn't find any scientific proof that there is a link between creativity and mental illness. I have found many articles discussing creativity and mood disorders, such as this one by the American Psychological Association, or this one, which explores some interesting ground, but again, no conclusive proof that creative people lean toward crazy. In fact, some experts believe writing can actually help alleviate some symptoms for people struggling with mood disorders like depression. So does that mean writing makes us less unstable?

Yeah, even I agree that’s not right.

I think this myth began because writers tend to look at the world a little differently than "non-writers." And we ran with the label because it makes us sound eccentric and fancy. Creative people, such as writers, are strange to folks who lack the desire or instinct to create. We look at things differently. Our priorities are sometimes hard to figure out. We focus differently. We’re passionate, driven, yet strangely filled with a sort of wanderlust. We procrastinate on “important” matters, but dive into impractical things. This isn’t crazy. It’s creative. It’s how we’re able to take an idea or an image and turn it into a fantastical story.

Sure, many brilliant writers suffer from depression, anxiety, and other forms of mental illness, but so do just as many non-writers. It is not an affliction reserved for the creative. Sorry. I know you wish it was something you could claim, but it’s not. Mental illness doesn’t favor the creative. It burrows into the brains of all types of people, and it’s not a condition one embraces or enjoys. It's a struggle and it's painful and it's not something any sane person would strive for.

So, let’s not pretend we’re nuts, folks. Let’s not be flattered when someone tags writers as crazy or says you must be insane. Insanity really isn’t fun. Instead, let’s look at what is real.

You have to be a little odd in this business, because you have to think outside the box. That means you delve into areas the non-writer doesn’t think about. You’re writing about madness, emotions, loss, euphoria… all facets of the emotional roller coaster we call the human condition, so yes, this will make your perception of people and life unique. It will affect your emotions temporarily, but it will not alter your brain chemistry.

So, not crazy. Just weird.

I think the best feeling I’ve encountered during the writing process is that of the “brilliant idea” that you can’t let go of. It usually happens in the early stages of outlining for me. The idea is fantastic. I can’t think of anything else until I get it on paper and start writing the story. I’d rather ignore real life things like showers and work and food, so I can just write the damn book. This makes me feel a little loopy. Anxious, even. Definitely happy. I love this feeling. The manic euphoria of a new idea is addictive, and we strive to find it again and again, but we’re still not crazy. Most of us still carry on with daily life, handle responsibilities like work and family, and we don't shut out the real world just so we can write. Not always anyway. We make a choice to do so or to not do so. There is nothing preventing us from functioning outside of our writing. Actually, if you take apart and examine the process of writing the first draft to the final product, we’re methodical and rational (mostly), and you have to be organized and logical at some point in order to produce something worth reading.

No exactly what I think of when I imagine "crazy."

When creating, I need to limit distractions. Most writers are this way. This doesn’t make me antisocial (although, for the most part, I’m most content with my own company), nor does it make me depressed. It means simply that I’m easily distracted. I know this, so I make sure that I have time all by myself where I can create uninterrupted. Again, this makes sense. Crazy doesn’t make sense. So, you see where I’m going with this, right?

Perhaps this is where we get the feeling we’re not tethered to the sane world. This industry creates a hopeful or ideological mindset initially.  When we’re writing a new book, we dream of bestsellers or of accolades. We’re excited and joyful. We can’t wait for someone to read what we’ve written, because a lot of times, we’re convinced this is “the book” that will rocket us out of obscurity. Then we query an agent or self publish said book, and reality kicks us in the face. We spiral into that awful cycle of hopelessness, where we wonder why we bother. We feel useless, talentless, and basically like big fat losers. But then an idea forms, and once again we’re hopeful.

It seems like a masochistic way to exist, and someone who has never experienced the euphoria of a new idea can’t understand it, but this still isn’t crazy. It’s actually quite normal. When you’re passionate about something, you feel extreme emotions, both negative and positive. Extreme emotions tend to have breathtaking highs and soul shattering lows. It’s just how it works.

The point of this rambly nonsense is I think it's time to stop behaving as though we've got a few screws loose,. Stop pretending we have no control over ourselves or our art. Embrace your intelligence. Embrace the boldness and courage that writing for a living requires. Embrace the way you aren’t afraid to face emotions most people would rather avoid. Embrace your desire to connect with other people (and writing is definitely an endeavor that reaches out to others, even if we’re not consciously doing so). Embrace your unique perspective on the world and its people.

Stop limiting yourself with these silly labels. If you feel the need to be viewed as certifiably crazy, then I suppose that does raise questions about your mental health. Go see your doctor.