The Perfect Point of View 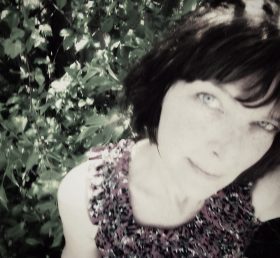 More about The Perfect Point of View on UBR

Point of View, or POV, is important in writing. We may think, oh, I just like using this, so that’s what I always use and it’s okay, because I’m comfortable with that and being comfortable is best. It’s not. Every piece of writing requires a particular POV. Your choice may be comfortable for you, but it doesn’t mean it’s the POV that’s “right” for the piece you’re writing.

For example, I like third limited POV. I write in that POV whenever I can, because it’s comfortable and I like it. I prefer to read that POV too, for the same reason. However, sometimes, first person is more ideal for the story you’re telling. But I hate first person. Reading it or writing it, I LOATHE FIRST PERSON. I want to take it and ball it up, pour gasoline on it, and set the little bitch on fire. Screw you, first person. I hate you. You’re a jerk.

But I can’t do that, because first person is sometimes the best POV available and I have to suck it up and just use it, because it works best for the story I want to write.

POV is the most powerful tool you have, and because of this, you should understand why one works better than another. When you understand the elements of each POV, you can determine whose perspective is best to show the scene. But how do you choose the best one? Is there a secret to knowing the right choice? That depends on several factors. First, as I said, it’s vital that you understand what each POV is and how it can benefit your story.

First person is written using words like “I” or “me” to describe everything the POV character sees, hears and experiences. This POV is the most intimate, because you’re viewing everything through the eyes of the POV character, but it can also be very limiting. It’s often mistaken as the easiest narrative to use, but it actually requires a lot of skill to pull off. A writer can go wrong in many ways and turn what should be an intense read into a “telly,” annoying, and hard-to-follow story.

The most important thing to remember is that the reader can’t see what the POV character can’t see, but must see everything the POV does see. (Go on, scratch your head.)

First person can evoke a stronger emotional attachment for readers than other narratives, because we connect with the protagonist from the beginning. It is her thoughts and feelings portrayed, and it’s easier to bond with her for that reason. The advantages are that we get inside the character’s head, and the reader gets to live the story with the protagonist, rather than just observing. It has the potential to be very intense and compelling.

Third person gives the reader some distance from the POV character, losing the intimacy of first person, but it gives the author more wiggle room in terms of what can be shown. It uses the words “she, he, they, her, he, our” instead of “I.”

Third person is classed into either omniscient or limited, although some writers have invented other forms by tweaking these to fit what they need for their story. Writers shouldn’t attempt such things until they’ve mastered the original forms first.

Is third person right for your story? If you have a large cast of characters who will play important roles within the story, then yes. If you’ve got more than one central character, then it can also be a better option than first person.

Omniscient means all-knowing. The omniscient point of view is often described as putting the author in the role of God. Rather than being limited to a certain character’s POV, the author describes the thoughts and feelings of all characters. It’s like you have a camera capturing everything for the reader like in a movie. We are able to see inside the mind of the protagonists, the villain, secondary characters, and even spectators. This is the least intimate POV you can use, though, because it doesn’t allow the reader to bond with one character as easily as first or third. However, when done well, it can add an extra dimension to a story by showing what the motivations of each character might be, rather than implying or relying on the POV character to figure them out. Be careful, when using this POV, because it requires that each of the characters have a distinctive voice so that the reader is never at a loss as to whose head he is in.

Second person narrative is the least used in fiction writing. This POV is told from the “you are” perspective and is often written in present tense. It's popular in non-fiction genres such as self-help books, but there are some fiction genres where it is commonly used as well, such as choose your own adventure books or children’s fiction. The reason it's not popular, in my opinion, is that second person POV draws attention to itself, making it difficult for the reader to escape into the story. It also has the disadvantage of sounding corny and contrived, so it’s difficult to execute well. Not impossible, though.

Cinematic POV, as the term implies, borrows techniques used in film and is used (sparingly) to begin a novel, chapter, or scene. It should be brief, one sentence to two short paragraphs, and focused like a camera panning across a scene. Don’t try to maintain this POV throughout the story. It rarely works. (I see some of you are considering rising to that challenge…) Cinematic allows the writer to float about omnisciently, giving the feel of a camera floating overhead. Once the scene is clear, the camera focuses its eye on a specific character’s POV.

We don’t slide inside any heads to know what characters are thinking or feeling when in cinematic POV. For example:

High above the wreckage, grey clouds rolled nonchalantly across the sky as the mountain shook. With the rumble of a beast in pain, the ground shuddered before a chill wind that blew through the trees, their foliage wilting and drifting through the thickened air. The earth split. Tearing crevasses belched sulphurous black smoke, rolling like a malignant plague, and scattering ashes in its wake before drifting downhill. The roar grew in intensity and volume until it drowned out the burning aircraft’s racket. On the plains, water bellowed over the land, leveling out everything in its path until its momentum slowed to a hushed growl around the base of the mountain.

After this cinematic passage (from on of my works in progress), the POV moves into third person, and then continues that way for the remainder of the story.

Now that we understand what POV is, how do you know which is right? The short answer is that there is no wrong choice. Whatever POV you write in can make a compelling story. To narrow it down, though, you can ask yourself a few questions.

Do you have a lot of action or internal struggles? In first person you can easily draw the reader into action scenes without losing intimacy. Do you plan to use a lot of subplots? If yes, then first person may not be the best way to go. Third person POV gives us far more versatility in terms of using multiple POVs effectively, and allows us to weave subplots seamlessly into the narrative more easily than first does.

You’re probably still not sure which one to use. Write the first few chapters in different POVs. Try first, third, and omniscient, for example. Send them out to a few trusted readers. Read each yourself as well. The strongest version, or the one that punches you in the gut, is often the one you should use, even if you hate writing that particular POV.

If you’re still not sure, I’m going to go back to a piece of advice I believe works when all else fails: Trust your instincts. If it doesn’t feel right, it isn’t. Rewrite until it is.