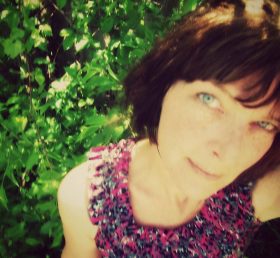 More about You Hate Social Media? Really… on UBR

So a few weeks back, I wrote an article on my blog about social media. To summarize, I said it’s not evil. We are. Now, don’t get me wrong, it has its pitfalls, but social media for authors is exactly what we make of it. Nothing more. Nothing less.

If you’re having a hell of a time with it, then you need to re-evaluate how you’re using it and make some changes.

When I say social media, I don’t mean the internet as a whole. I’m talking specific social sites like blog pages, Facebook, Twitter, LinkedIn, Instagram, Google, Pinterest and book-related sites such as Goodreads and Shelfari. Most authors have an account on more than one of these. If you don’t, well I don’t know how you promote, but good for you. Stay strong.

These days it’s hard to find someone, book industry or not, who isn’t connected in some way to social media. It’s on our computers, our phones, and even, thanks to android boxes, video game consoles, and the like, on our televisions. Everyone, in every industry, is all “Like us on Facebook!” or “Follow us on Twitter!”

We’re all trying to keep up, because the world might implode if we miss something. And it’s all right to want to be connected. However, if social media is starting to cause problems in your personal or professional life, then you need to take a step back. Ask yourself where you went wrong, because it’s not social media that’s the problem. It’s how YOU use it.

So, let’s first look at all the reasons you claim social media is evil:

Oh, the many hours we waste marketing on social media. And by marketing, I mean scrolling through Facebook, Tweeting, sharing pics of shit no one wants to see and pinning random things for reasons known only to some invisible force in some distant universe, and maybe sharing a link or two to your books as you do so.

No, “social media” isn’t an irresistible force hell-bent on preventing you from being productive. YOU are letting yourself be distracted. You’re procrastinating. I’m guilty of this one, but I don’t blame social media for the work I don’t get done. It’s my lack of self-control. If I buckle down, the wheels turn and my productivity increases. Simple.

Well, yes it is. However, you choose how much you feed that addiction. Show some self-control, man.

Social media has a dark side. It can really bring a girl down, I know. Those Facebook assholes who have nothing good to say, or who go on and on and on about their extremist political/religious views; bunch of dicks, I tell you. And those bastards on Instagram who… wait. Just why does Instagram exist? Or Pinterest? I don’t know. Moving on. Bullies, thieves, perverts, psychos… how can we even sleep at night?

In real life, we avoid folks who behave like jerks. Why do we follow them on social media? If they don’t add anything to your writing career, and only depress or anger you, then why are they on your social media? Get rid of them. Block posts relating to topics that upset you or restrict users who tend toward the negative side, and be happy.

Well it can, and I explain that here. However, you make a good point. Social media doesn’t sell all the books. For many of us, it doesn’t even sell some of the books. It’s simply a tool in a box full of many tools. When used together, social media and these other marketing tools will sell books, but that’s another article best saved for when I figure it all out.

Now, we’ve discussed the evils of social media, let’s see how we should be using it to promote our books and how to make it a happy, joyous place to procrastinate in when we need to do so. (And yes, sometimes procrastination is exactly what an author needs.)

Social media is a great way to connect with publishing industry folks. This includes other writers, agents, publishers and, most importantly, readers. However, don’t just let any old fool into your circle. Select your social media friends as carefully as you select friends in real life. When one proves to be a douchebag or worse, delete them. End of story. Drama contained.

And if you have issues with family and friends mingling with your author platform, then distinguish between who can help you further your writing career, and who can’t. Keep personal social media accounts and publishing/author accounts separate. Yes, it’s more work, but this is an effective way to utilize social media for your business, while also keeping family and friends happy.

Speaking of the mingling of two lives; your private life shouldn’t be a major part of your book marketing. Perhaps a little, but if you want to avoid the negative shit that tends to happen when airing private matters, then just don’t mention them online. Build your author platform by keeping posts and relationships on your publishing related accounts relevant to your books and your career.

It’s not all about you, Mr. Ego. Check yourself before you get all bent out of shape over a statement, a criticism, or whatever. Yes, writers are more attuned to the white space in the written word, but sometimes, it’s not about us. It’s just some jackass doing what jackasses do and most of the time, it’s not worth a second of thought. So let it go. A rant is fine now and then. Sometimes it clears the air. If you find yourself turning into Mr. Offended McRanty Pants every day, then there’s a problem and that problem is you.

If there’s a social media site that has too many negative people on it, or where you find you spend most of your time angry or bickering, then get off. Find a better site for you and your career.

Collecting likes, follows and such is a massive waste of time. As long as you’re building an audience of like minds and useful connections, who cares how many you have? What’s important is that you use the connections you make to the best advantage. Worry about figuring that out instead of racking up your numbers.

Oh, and now and then, you’ve gotta do the work. So let the social media carry on without you for a couple of days. Turn it off. Open that file. Get to work. It’ll all be waiting for you when you get back, and you’ll find it’s pretty much as you left it.

So what I’m saying is, whatever evils you see carried out on social media, or resulting because of folks or interactions on social media, it is not happening because social media exists. These evils are the product of the users, all human, all carrying baggage and weaknesses we’ve struggled with since the dawn of time. What social media does is magnify these human flaws. It brings them to center stage, where we must witness them and acknowledge their existence. Yes, it makes it easier for the dredges of the human race to be assholes to a wider audience, and it makes the losers of this world bolder, but only if they’re given an audience. Besides, assholes will always find a way to spread assholery. It’s a fact. Social media or no social media, they will carry on being what they are. If you don’t want to see it, then change how you use social media. Change how and who you interact with and stop getting sucked into the dark corners of the Internet.