I decided to self publish because it's been the most logical choice for me. I learned early that by going the traditional route, I could wait for years before being published. So I dove into the indie world. It was daunting at first. There was a lot to learn. But now that I am four books in, I'm glad I did it. I have total creative control over my stories, which is usually not the case with traditional publishing. Plus, the royalties are better. There's a lot of work involved, but its totally worth it to me. If I had the choice today to go traditional or stay indie, I'd stay indie.

After writing the first draft, I let the book sit for several weeks. I need to step back and forget it for a while, so when I return and re-read it, it feels fresh and new. Then I go through the book 2-3 times, correcting and rewriting as needed. At that point, it's ready for my beta readers. I get their feedback and go through another 2-3 rounds of reading and editing some more. Once I feel it's as clean as I can get it, then I send it to my editor. She gives me all of her feedback, and then it's another round of rewrites. I'll have another beta reader have a look at it, and if it's looking good, then it goes for a proofread, hopefully to 3 or 4 people to catch any typos. Once that's done, I make the necessary corrections and get ready for publication.

This is my fourth book and it is a real treat for me to publish this. My first three books are a trilogy and the first one received a four star rating from the Underground. This new book was fun because it allowed me to create new characters and a new story line. Plus, it's a murder mystery with a romance and a bit of the supernatural/sci-fi element, which makes it even more enjoyable. I wanted to see if I could pull off a whodunit story with an unexpected twist and I think I accomplished my task. This book does have a connection to the trilogy, but it is still a stand alone book. It can be read before or after the first three books. It's been a thrill to write and I'm proud of the result. 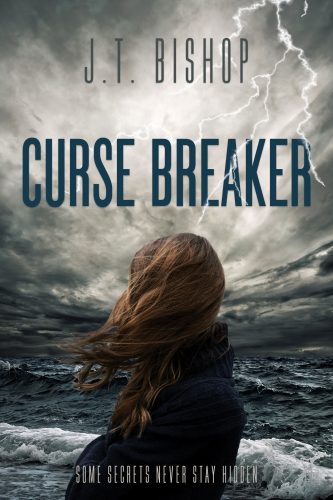 Scheduled for review – the information below will be filled out slowly. It will not be visible to the public until it is published on our magazine.
Tentative review date:
Reviewer: user last905
The Rating: 

In high school, a friend’s mother blames Grayson Steele for the tragic death of her daughter. Now, years later, Grayson is wealthy and successful, but on the brink of suicide. Because the women he loves are dying. And he can’t stop it.

Knowing about Grayson’s circumstances, she derives a plan. Catch the killer who’s making Grayson Steele’s life a living hell. But there’s only one way to do it. She has to be the bait.

But solving Grayson’s curse could risk everything she holds dear.

As Grayson and Gillian’s plan takes shape, they must not only expose a killer, but also their feelings for each other. The further they go, the more secrets they will reveal. Secrets that will illuminate not just a murderer, but shocking truths that neither may be prepared to face.

Truths that will change their future forever.

She’ll risk her life to break his curse, but revealing the truth could be far more dangerous.