Give Place to Wrath 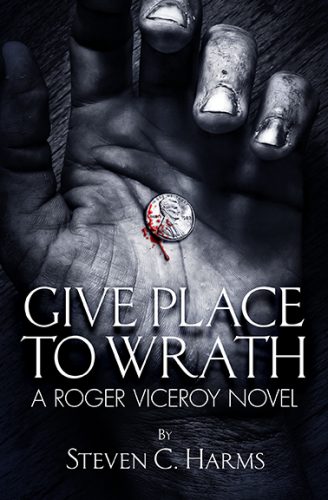 Detective Roger Viceroy awakes one morning to a bombing in a wealthy suburb of Milwaukee. As he dives into the investigation, a mysterious clue launches a manhunt with scant other evidence. Over the coming weeks, related murders unfold, each with a unique twist and the same clue left behind.  Viceroy uncovers one other common thread – a seemingly random association with the small north woods town of Curwood. As the death toll mounts, Viceroy has to connect the dots and stop the carnage before it reaches the final target, Governor Kay Spurgeon.

A riveting debut mystery thriller tackling revenge and race relations against the backdrop of a small north woods town in Wisconsin. Detective Roger Viceroy races to stop a killer with scant clues to guide him but for a mysterious token as his only marker. Start counting…

Was it an act of terrorism, or an assassination?