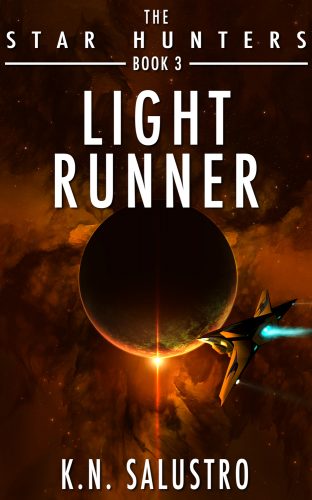 Scheduled for review – the information below will be filled out slowly. It will not be visible to the public until it is published on our magazine.
Tentative review date:
Reviewer:
The Rating: 

The Star Federation is at war. When the Seventh Sun ambushed Sciyat—a glowing beacon of peace—the galactic military retaliated with a purge, calling for the elimination of all Neo-Andromedans across the galaxy. Fleet Commander Erica Anderson helped initiate the purge. She now fights to destroy the Seventh Sun, no matter the cost.

Captain Jason Stone tried to stop the purge. He failed. Now, Jason is torn between his duties as a soldier and his beliefs as a man. He has his orders, but when he swore to protect the galaxy, he never imagined genocide. Fighting enemies both within and outside of the Star Federation, Jason resists the purge where he can, and holds on to threadbare hope for a disgraced officer and a bounty hunter.

Lance and Lissa are out to find and eliminate the leaders of the Seventh Sun. They agree that they need to destroy the dangerous Neo-Andromedan organization, but this hunt may demand too much from Lissa. Hunting bounty targets is easy; hunting her own people is unforgivable. Together, Lance and Lissa must face their enemies, but if either of them breaks, they will lose far more than their lives.

The hunt is on, and only the strong will survive.

A bounty hunter and an ex-military officer hunt dangerous enemies across a war torn galaxy. The hunt is on, and only the strong will survive.