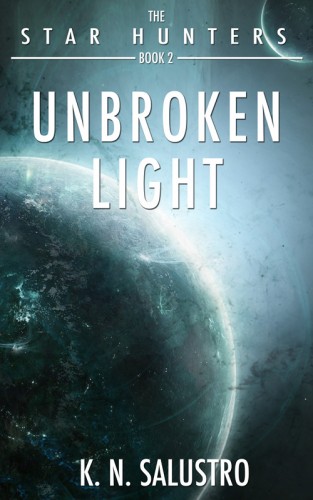 WELCOME TO THE LIGHT

The attack at Ametria and the resurfacing of a Neo-Andromedan threat has shaken the Star Federation. The galactic military must now outmaneuver the Seventh Sun, a dangerous enemy that came blazing forth from the unknown. Betrayals from within have left the Star Federation vulnerable, and Captains Jason Stone and Erica Anderson fight to keep the galaxy safe from the biggest threat since the days of the Andromedan War. But Jason knows that there is far more to this new enemy than meets the eye, and he struggles to keep the Star Federation from making a fatal mistake.

With Jason’s help, Lance Ashburn flees from the Star Federation and sets out to track down Lissa after her capture by the Seventh Sun. Deserting his rank and smearing his name, Lance has thrown all his faith into finding the Neo-Andromedan bounty hunter. He believes that she has the knowledge and the ability to help him destroy the Seventh Sun, but with Star Federation soldiers in pursuit, his freedom will not last.

Ensnared by the Seventh Sun, Lissa faces her worst fear at their hands. As the Seventh Sun tries to Awaken her, she fights for her life, and for her very self. To survive, she must embrace the part of herself that she has fled from for so long, but in so doing, risks losing everything else. If she is not careful, she could drown in the Light, but that is a chance she must take. The only alternative is death.

When a mutual enemy forces a bounty hunter and military officer into an unstable alliance, war threatens to erupt across the galaxy.

Welcome to the Light.

Find it on Goodreads