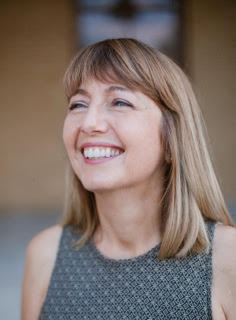 More about Interview with Jeannie Zokan on UBR

CANDI: Tell us what inspired you to write The Existence of Pity.

JEANNIE: I was inspired to write this novel by the many people who asked me, “What was it like, growing in Colombia?” There was so much to tell, I decided to write a book about the experience. I also wrote this book for myself. It seemed I would never be in Colombia again to see the beautiful mountains, eat the delicious fruits and breads, or laugh with the friendly people. Writing this book was a trip down memory lane for me. Just the setting, mind you. The things that happen to Josie didn’t happen to me!

CANDI: You give the reader an excellent feel for Cali, Colombia through beautiful descriptions and interesting details. What were the specific personal experiences in Colombia that helped you with the book?

JEANNIE: First of all, thank you! I tried hard not to bore the reader with too many details, and lots of them ended up on the chopping block. It seemed important, though, to paint as clear a picture as I could of this unique setting. The house my family lived in, the seminary across the street, the school I attended, these places are still so vivid in my mind I see them when I close my eyes. Visiting Cristo Rey on the hill above the city, surviving earthquakes, riding around Cali in the city buses, traveling to the mountain town of Silvia and the island of San Andrés, these experiences helped flesh out the plot.

CANDI: Josie is a strong and thoughtful protagonist. She explores new ways of thinking yet remains levelheaded. What qualities make this particular sixteen-year-old more stable than the rebellious teens typically found in coming-of-age novels?

JEANNIE: I’d say Josie is stable because her role model, Blanca, is the epitome of stability. Even so, Josie proceeds to make some very naïve and reckless decisions!
She is a rebel in her own way, though. Her rebellion is her open-mindedness. Josie is a seeker, the last thing her parents want her to be. She’s an avid reader, which allows her to understand the world from many different points of view, and she questions what others take for granted. I’m sure there are plenty of teens in the world like Josie, who think deeply about life, about religion, about family. This book is for them.

CANDI: Religion can be a difficult topic and yet you manage to confront religious issues with fairness and honesty. How did you go about approaching the religious ideas in this book?

JEANNIE: I approached religious ideas with curiosity and respect, and really enjoyed using “research for my book” as an excuse to talk about religion with others. It was very important to me that I stay as neutral as possible on the topic of religion. Who am I to state that one way is right and another is wrong? All I know is what works for me, what comforts me, what gives my life purpose.

CANDI: What do you hope readers will take away from your novel?

JEANNIE: First and foremost, I hope readers just enjoy the journey this book takes them on. But if they find themselves thinking about Josie after they’ve put her story down, maybe they will reach the conclusion that each of us has a right to our own religious beliefs. I want to start a conversation about allowing teens to choose for themselves. In book club discussions about The Existence of Pity we often discuss how religion seems to be handed down from generation to generation without a second thought. This perfunctory action breeds hypocrisy and distances people from having their own spiritual experiences. My belief is that life isn’t worth living without spirituality, because my soul gives meaning to my life. But that’s just me.

CANDI: Tell us about your experience getting the novel published.

JEANNIE: I wrote the rough draft of The Existence of Pity in 2010 during NaNoWriMo, or National Novel Writing Month. It’s the online writing program started by Chris Baty, and it gave me the tools to write. Setting life aside for one month to write a 50,000-word novel worked for me. I wrote my first NaNo novel in November of 2008, but “The Existence of Pity” was written in 2010. And what took one month to write took five years to publish! I edited it, with the help of critique groups, for the next three years. Then I sent out waves of query letters to agents and publishers. After each wave of rejection letters I got back, I reassessed the manuscript, worked on it some more, and sent out another set of queries. In September of 2015, I sent out my last wave of queries. If no one picked it up this time, I decided I would set the project aside and move on. But on November 14 I got a call from Red Adept Publishing, saying they wanted to publish my book.
Through Red Adept Publishing, I worked with a content editor, a line editor, who made the book infinitely better. Streetlight Graphics designed the cover. Exactly one year later, November 14, 2016, my book was released!

CANDI: What project are you working on now?

JEANNIE: I’m working on the sequel to The Existence of Pity. I wrote the rough draft during NaNoWriMo 2012, and I’m hoping it won’t take five years to publish this one! For the past many months my focus has been on getting The Existence of Pity into the hands of as many readers as I could by making connections in the vast internet network of book lovers and reviewers. This is a network I didn’t even know existed a year ago, and it has been amazing to meet people like you, Candi, who have such thoughtful and thought-provoking insights into my work!
Getting to know book reviewers and bloggers has been one of the best and most surprising benefits of writing a book. But it’s time to write the next one. I’m excited to let readers know what happens to Josie!