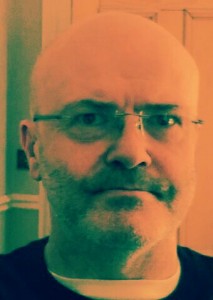 More about Interview With Robert Cowan on UBR

1. Where did the idea for Daydreams and Devils come from?

I used to play in a band when I was younger and always wanted to write a book which captured some of the fun, camaraderie and madness of that. I was looking through some photos one night and came across one of us lined up after a gig. Kneeling in front of us was a ‘colorful’ character who was interesting in managing us. He was the inspiration for Vincent...We split up before anything progressed. As for ‘Vincent’, well guns, prison...Let’s leave it there.

2. The book is very visual and has a fantastic soundtrack; is your work often influenced by films and music, and if so, how does the process normally work?

I love music to the point of obsession. Like with my first novel, ‘The Search for Ethan’, musical references pop into my head as I write. It drives my editor crazy and she highlights them in red for deletion for copyright reasons. I generally ignore her as you can tell, though I did trim back on the Jean Genie lyrics. As I can no longer fit into my only suit, hopefully I can stay out of court. I always write with hope of the book being turned into a film. I love dialogue in particular. If Peter Mullen, Shane Meadows or Guy Ritchie are reading this...

3. For me, the book verged on dark satire, but also seemed grounded in coming-of-age. Was this blending of genres intentional?

I don’t really believe in genre, there’s only the story. My first novel had some coming of age in it too. I think the intensity of your youth is something that’s hard to sustain or repeat, but the memories are fertile ground. I tend to have a naturally dark sense of humour which creeps into my writing. Even my latest, ‘For all is Vanity’ which is very, very dark has some humour. I can’t help myself.

4. How would you describe your books in terms of style and genre?

I just write the story in my head with no thought of genre, which makes marketing tricky but I’d get bored writing variations on a theme. Darkly comic, gritty contemporary drama probably sums them up, though that’s a pretty long sum.

5. Tell us about your writing process. Do the characters come first, or is it the plot? Do you plot the entire book before your start writing, or does it happen as you write?

I’m very much a ‘let’s see where this goes’ writer. My planning is a rough notion in my head of the basic concept. The characters come first because for me they are the story. Most of the time I write out of sequence, writing whatever idea I have at the time. The plot then evolves, but there always is one. My writing style is very loose, but the end result is very tight.

6. What are you working on right now?

I’ve just published my third book, ‘For all is Vanity,” which is very dark and intense. I’m now writing book four. The plot / plan...A Glasgow Celtic fan and Glasgow Rangers fan go on a road trip across America to scatter one of their granddads ashes in New Orleans. Pick up some weirdo’s along the way. Change genre with each pick up. Make it funny. Really funny...Go.

Normally I avoid accents but this one will be an accent fest of Glaswegian and American. It will just work better written in the authentic tongue.

7. When did you first know you wanted to be a writer?

When I failed to be a rock star.

8. What made you decide to take the indie route?

I made a brief attempt to get an agent, but patience is one of the many virtues I’m short of. When I found out you can do it all yourself...No brainer.

9. What tips for success would you offer to other indies?

Ah, success...The first thing I’d suggest would be to define your version of success. The main thing for me is that you should write your book, not the one you think will sell. If it’s not the story you want to tell...what’s the point. We all want to be read, which means selling books. Nothing wrong with that, but that’s the secondary thing. A great book is the primary.

As for how to sell books...No idea. No one does, and that’s the truth. There are books and seminars on marketing which contain ideas which to be fair make perfect sense, are clever, which should work. They don’t. Save your money and time. Great book, social media, good book blurb, reviews and luck. That’s it. Make success about the books not the bucks and you’ll be fine.

10. Tell us three interesting things about yourself.

I can play drums, guitar and some other stuff, wrote a bunch of songs and recorded them in my home studio. They generated an impressive pile of record company rejection letters. But I’m not bitter...not one tiny f#cking drop. But CBS, Virgin, Parlophone...What the f#ck do you know anyway...Feel better now.

I was Leonardo Di Caprio’s stunt double in ‘Wolf of Wall street’.

One of these I may have dreamt...Ah, but what a dream.