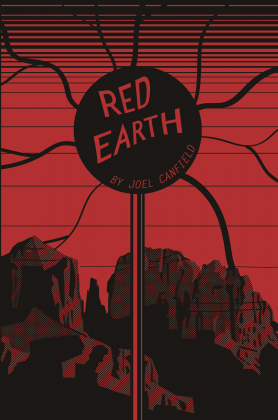 One would think that seeing someone be old and bitter would make a story less entertaining. But with Max Bowman, old age and bitterness is like a bottle of well-kept wine.

When he lost his dearly beloved, when his long-time friend betrayed him for one last time, when all he had left was his small pooch of a dog, Max has never been more ready to retire and stay at his apartment watching old films. That is, until a rich daughter of a very influential man gave him quite an enticing offer: revenge at a silver platter to the puppet master behind all the awful things that happened in Max’s life. From New York City to Miami, from Washington D.C. to Arizona, Max travelled all across America to try and solve the mischievous and murderous mysteries of Andrew Wright – for the third time.

Being the third instalment in a series, it would have been great to read the previous two novels, but RED EARTH could, without a doubt, still stand well on its own. The titular character of the series, Max Bowman felt like a familiar character – like an older, bitter but equally witty Percy Jackson, or a younger, jaded and more foolish Dumbledore. He was easy to relate and far easier to like. His narration gave the novel a perfect dose of humor to balance the action-packed scenes and the occasional gory details. It is not easy to write a good action and adventure story with humor incorporated perfectly.

The rest of the characters felt like real people, with their flawed personalities and quirkiness. Even the dog. There were moments, especially on the second half of the book, when the author would add what would have probably been current events at the time of writing the story that did not seem to add up to anything relevant. There were also times when the pace was too slow and the reader will spend too much time inside Max’s head, but the plot itself was laid out well, and Canfield’s writing make for a story that would keep you turning the pages until you’ve reached the very last one. And finally knowing what the ‘Red Earth’ means, which was not revealed until the very end of the book, and its significance may come as a delightful surprise to the readers.

But underneath all the women questionably chasing after a miserable sixty-year-old man, all the heartbreaking murders and murder attempts and alleged dognapping, and all the glitz and glamour, there lies a story about families. The tragic comedy of knowing the worst people in your life are those you are related by blood. At the same time, the sweet reassurance that the best people in your life can be the family you choose.

But of course, as per the standard misery and bitterness of Max Bowman, this novel focuses on the former. And though heartbreaking at times, it is a very enjoyable wine to drink.

For readers who enjoy gritty novels like those by John Grisham, or those who love great humor jam-packed with lots of action scenes like the children’s fiction series by Rick Riordan, or all of the above, you will find an exciting and wonderfully enjoyable experience reading this book.

For readers who liked these books and authors: John Grisham, Rick Riordan

Amazon e-book: $5.99
Amazon hard copy: $19.99
Find it on Goodreads
Like it on Facebook
More about RED EARTH on UBR