Review of The Color of Character by Glen Shuld 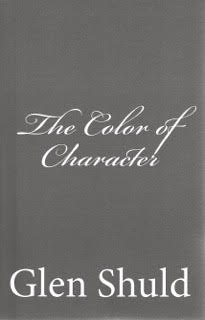 While en route to a Chicago art exhibit Glen Feigman and his mom witness a situation when an altercation erupts between a group of black teens and a white teenage girl over a cell phone that was snatched from a middle-aged woman. Although with two other white men, Glen attempts to break up the racial fight. What follows is a highly tense moment of racial epithets, which triggers memories of what life was like and what racism looked like for a Jewish boy growing up in Chicago in the 60s and 70s.

When Glen entered 3rd grade in 1965 as integration was taking place each classroom was expected to have 3 black students. Everyone got along and friendships blossomed. But three years later after the assassination of Dr. Martin Luther King, Jr. and the rise of the Black Panther Movement, there comes a dramatic shift in race relations. During the 1970s double messages unfold when Glen, who is in quandary about applying the Golden Rule to blacks especially when his school environ is replete with defiant black students, leans on the reflections from his interactive family dinner conversations. To complicate matters, Glen is slowly coming to terms with his gay identity—a big taboo at that time. Yet all the complications of the 1970s pale compared to the sudden death of his Grandpa Leo.

Based on true events, Glen Shuld scripts a gripping story that not only shines a light on a troubling time period, but also stirs up thought provoking ruminations that go beyond black and white issues. Playing the part of the author, Shuld’s first person narrative zeros in on Glen Feigman. Shuld’s plot opens with a time set in the future before delving into the past and Glen’s struggles with racism and inequality. With chapters designed as journal entries, Shuld writing style candidly captures the essence of young innocence and curiosity and mixed familial dynamics and humor amid times of social turbulence. Describing the effect that The Color of Character has on readers, Shuld says it well in a statement from his website, www.the colorof character.com: “This book will make you question your own views, experiences and feelings towards intolerance, racism, religion and inequality, and generate the more relevant and powerful conversations about the future of our country moving forward.”

Glen Shuld offers readers plenty of food for thought in his fictional memoir. Shuld incorporates topics on racism, inequality, minority issues and gender. Baby boomers will especially relate to the nuances he describes of the 1960s and 1970s. The Color of Character comes highly recommend—indeed, a wonderful and riveting read!


Read The Color of Character