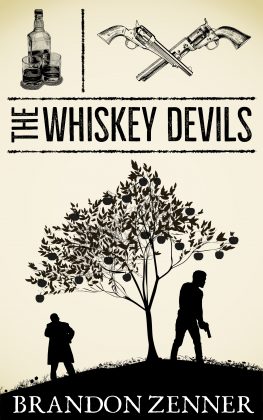 Whiskey Devils is a fast paced, action packed crime thriller, which ticks nearly every box for me as a reader. The story revolves around Evan Powers, a young man who has just ditched his boring office job to take up a rather more diverse position working for his house mate Nick Grady. Told from Evan’s point of view, the book begins with Evan quitting his job to join Nick’s marijuana growing business. Nick’s an ageing hippy, with a dark past that returns to haunt him during his many drunken ramblings. We are also introduced to Becka, Evan’s friend and fling, who has worked for Nick for some time. At first things seem rather straight forward. Evan has left the drudgery of office life behind him and replaced it with the growing and selling of cannabis. The only shadow cast on his new job, is the mysterious Cadillac driver who turns up once a week, sending Nick into a spiral of despair. Things get darker, and infinitely more complicated, when the identity of the driver is revealed as someone who has had a hold on Nick for decades. As the action unfolds, more secrets are revealed, and it appears Nick Grady is not at all who he claims to be…and just as Evan gets his head around one revelation, another one springs up to sweep the ground from under his feet. Soon he is reluctantly running drugs for a group of ruthless Russians and fearing for his life as well as his sanity. In this book, no one is quite who they seem, and the twists and turns just keep on coming. I can’t fault the author for anything regarding plot, narrative, dialogue or pace. The story simply keeps you hooked until the end. The only let down for me was the main character, who I never really felt I got to know. He could have been anyone. I didn’t find I was able to learn anything about him. (There was no real back story either) and as things progressed, I still couldn’t guess how he would feel or react. Despite this, Whiskey Devils is still an expertly plotted and devised crime thriller which keeps you guessing.

An expertly plotted and devised crime thriller which keeps you guessing until the end – a great, fast paced read, despite the lack of connection between the reader and the main protagonist who I never really felt I got to know.